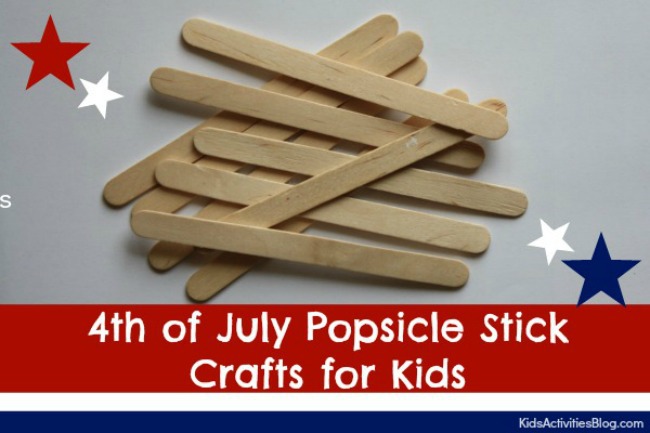 Fourth of July Crafts for Kids

The Fourth of July is a holiday that  gives us  the opportunity to celebrate our nation’s freedom with family and friends.   Two of the main images that come to mind for this day is the stars and stripes of the US flag and the brilliant firework displays around our communities.

To celebrate this day, here are two simple and easy crafts for kids using popsicle sticks.

Each flag will need  9 popsicle sticks.   Two of them will be left unpainted and trimmed down to secure on the back.   Once  the sticks were  painted, (4 red and 3 white), we left them to dry.    After the paint was dry, he put them in alternating order face down.   Then he glued the  2 plain, trimmed popsicle sticks vertically to keep the stripes together.   We  tried using  painter’s tape to mark off  a rectangle for the blue paint, but it didn’t cover the red very well.   So we used a square of blue cardstock instead.   For the stars, silver glitter glue worked nicely. 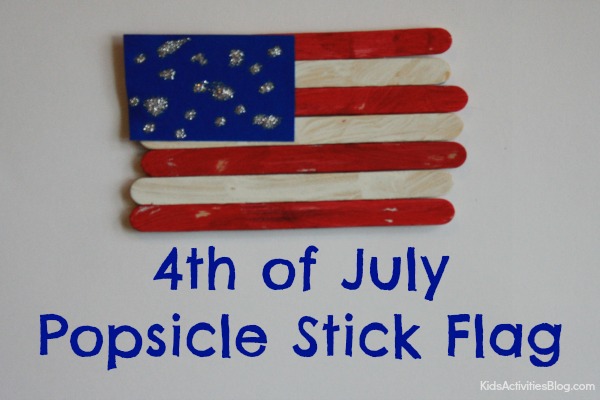 Even though they didn’t turn out quite how I’d imagined, the popsicle stick fireworks were fun to create.   I had a large handful of sticks that I had painted gold for some reason or another months ago.   My son decided that he wanted to use those as well as painting some others himself.   After all of the popsicle sticks had dried, it was time to create his displays.   For a simple project, they could be arranged in bursts and glued down on a piece of black paper.   We decided that ours would be used to create a centerpiece for our 4th of July picnic.   I cut small circles (about 1.5 inches in diameter) out of cardboard to provide a base for the fireworks burst.   Bear painted them several colors and then glued the popsicle sticks down in bursts.   To finish them off, he glued a single popsicle stick on the back of the cardboard circle to provide a stick to put them in the flower pots.   The stick could be left off so that the fireworks could be used for one of the options below. 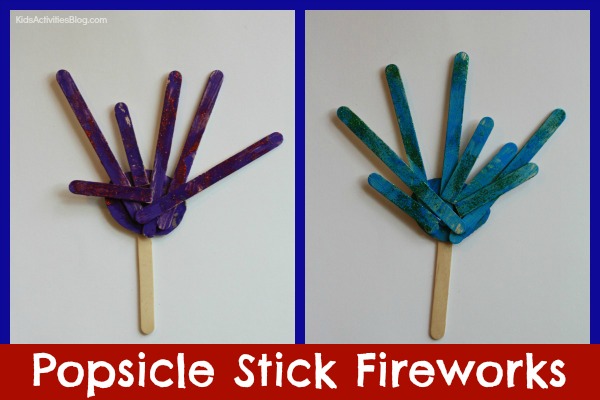 These finished products can be used in a variety of ways: 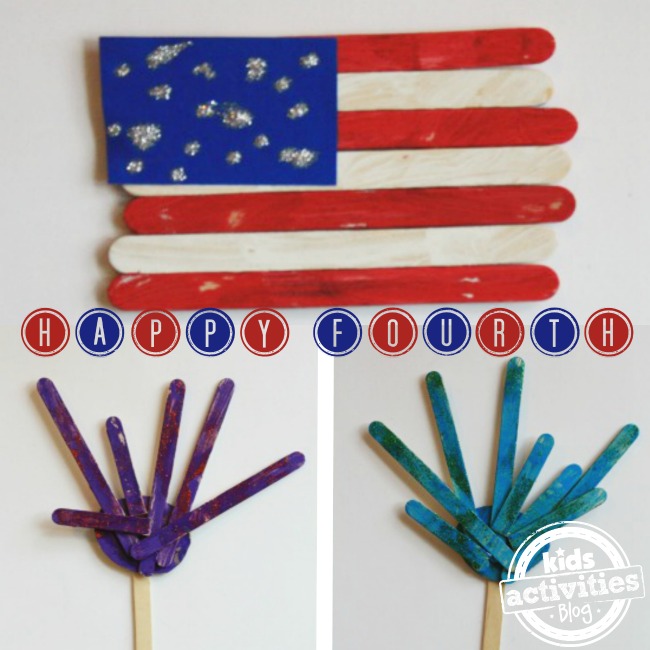 What is your child’s favorite Fourth of July craft?  Do you know of other popsicle craft projects that kids can make to celebrate the 4th of July?  We have a few more patriotic kids activities listed below:

Andie Jaye is a former preschool teacher turned SAHM of two kiddos. Her blog, Crayon Freckles, is an eclectic mix of play, art, and learning activities. Mingled in are her perspectives on being a crunchy momma, having a long-haired hippy boy and using follow-your-gut parenting. See more of Andie on Crayon Freckles' Facebook page, on Pinterest or on her parenting teens site Why Does My Teen?