40 years ago parents knew how to encourage creative play with nothing more than a stick. Children today are unlucky in a sense that they are constantly being entertained by television or video games.

Television and video games don’t challenge their minds to play creatively. They never have to sit around and make up games outdoors with sticks, rocks, and dirt because there is always something in front of them for entertainment.

Growing up with television and video games is not a bad thing, but it just means that it is our job as parents to know how to encourage creative play in our children. 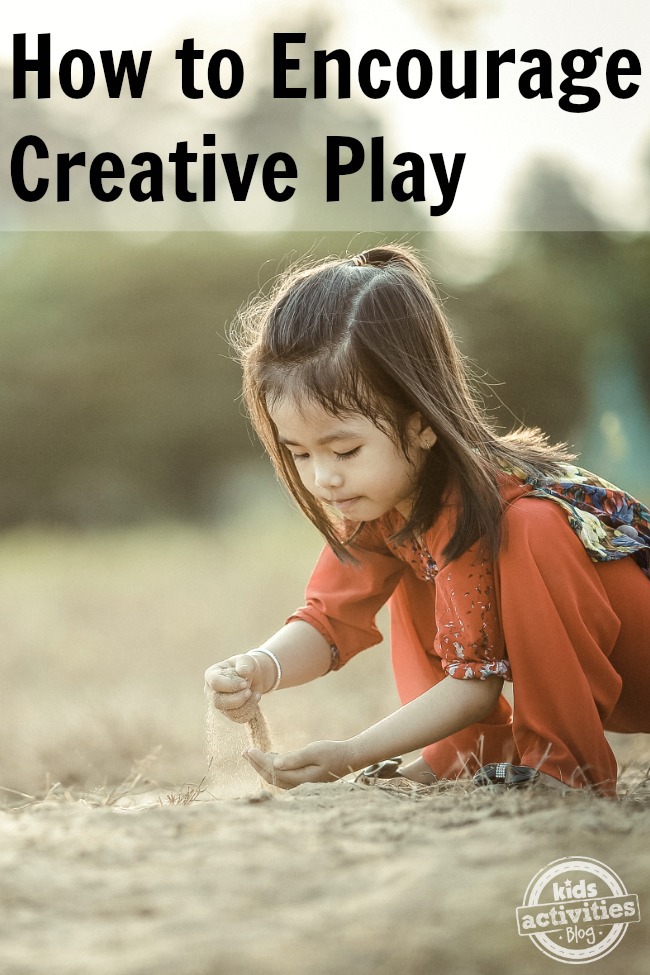 How to Encourage Creative Play

Go on a walk or let them explore the backyard on their own. You would be surprised what they dig up to play with. Something as little as a tree to climb could spark the creation of a new game or the discovery of a new insect.

Creative play is messy. Whether you hand them paint and a paintbrush or send them outside with nothing there is bound to be a mess. When my daughter heads out to the backyard I know that there will have to be a bath afterwards. That is just the way it is and I am happy to have her digging in the dirt and exploring.

Try not to get frustrated with messes. I know that is easier said than done when you have a million things to do and the last thing you want to do is clean up another mess, but the best way to deal with a mess is to be prepared for them. Take them outdoors in old clothes, lay out a sheet under their crafts, and just remind yourself that they are only young once.

Throw out the rules

If they are coloring, you don’t always have to remind them to stay in the lines. When your outdoors, let them play in the mud puddle. Obviously rules are good to have, but during creative play try to let your children’s imaginations expand as much as you can. 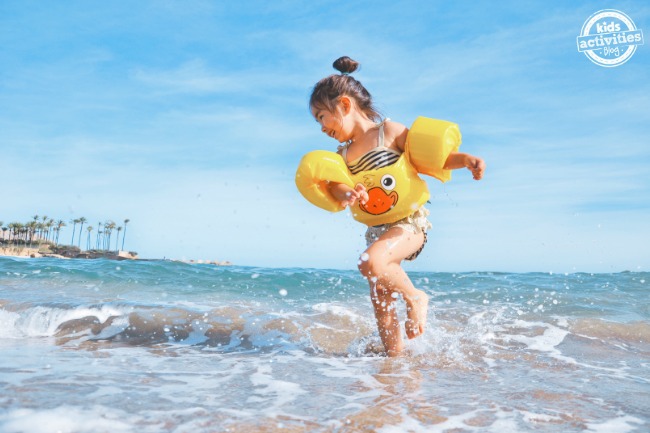 Let them be bored

Have you ever seen a kid with an empty cardboard box? They’ll figure out how to entertain themselves. When we are constantly entertaining our children, we are preventing them from using their imagination.

Here are some ideas for what to ask you children during creative play:

“What are you building?”

“Tell me more about what you are doing”

“How does this work?”

“Where are we going”

Anything that opens up a conversation rather than restricting it.

After you ask the questions, actually listen. Engage with their minds. Some of the things they come up with might be ridiculous or funny, but go along with it. It will not only encourage them to be more creative, but they will also recognize that you are engaging with them and that you are interested in what they are doing.

My favorite thing to do with my daughter is to go on a walk around the neighborhood and let her lead me. I find out which direction she wants to take, she feels confident in exploring, and the most rewarding part of it is that she talks to me about so much.

With her only being a toddler I never thought I could learn so much about her by just listening to her, but to my surprise I’ve gotten to hear about where she thinks the moon is during the day, how big and tall the trees are, and what she can’t wait to tell daddy about later.

The book Tinkerlab by Rachel Doorley is a book filled with creative play ideas and can help parents begin to encourage their kids to use their imaginations with simple craft and activity materials. If you are wanting more ideas on how to encourage creative play I highly recommend this book.

Brittany is the founder and creator of Sunshine Momma, a family lifestyle blog that shares tips to help improve the daily life of today's parents. She lives in small town North Texas and you can probably find her at home trying to keep up with her toddler, drinking a cup of coffee, and snuggling with her chocolate lab. Visit her at www.sunshinemomma.com!