Have you ever stopped on the road for lunch or dinner and gotten gas?

If not, you ™ve been missing a real treat in Watauga. Inside the Conoco gas station accolades from food critics and newspapers line the walls of Chef Point Cafe and even Guy Fieri from Food Network’s Diners, Drive-Ins and Dives has been there. 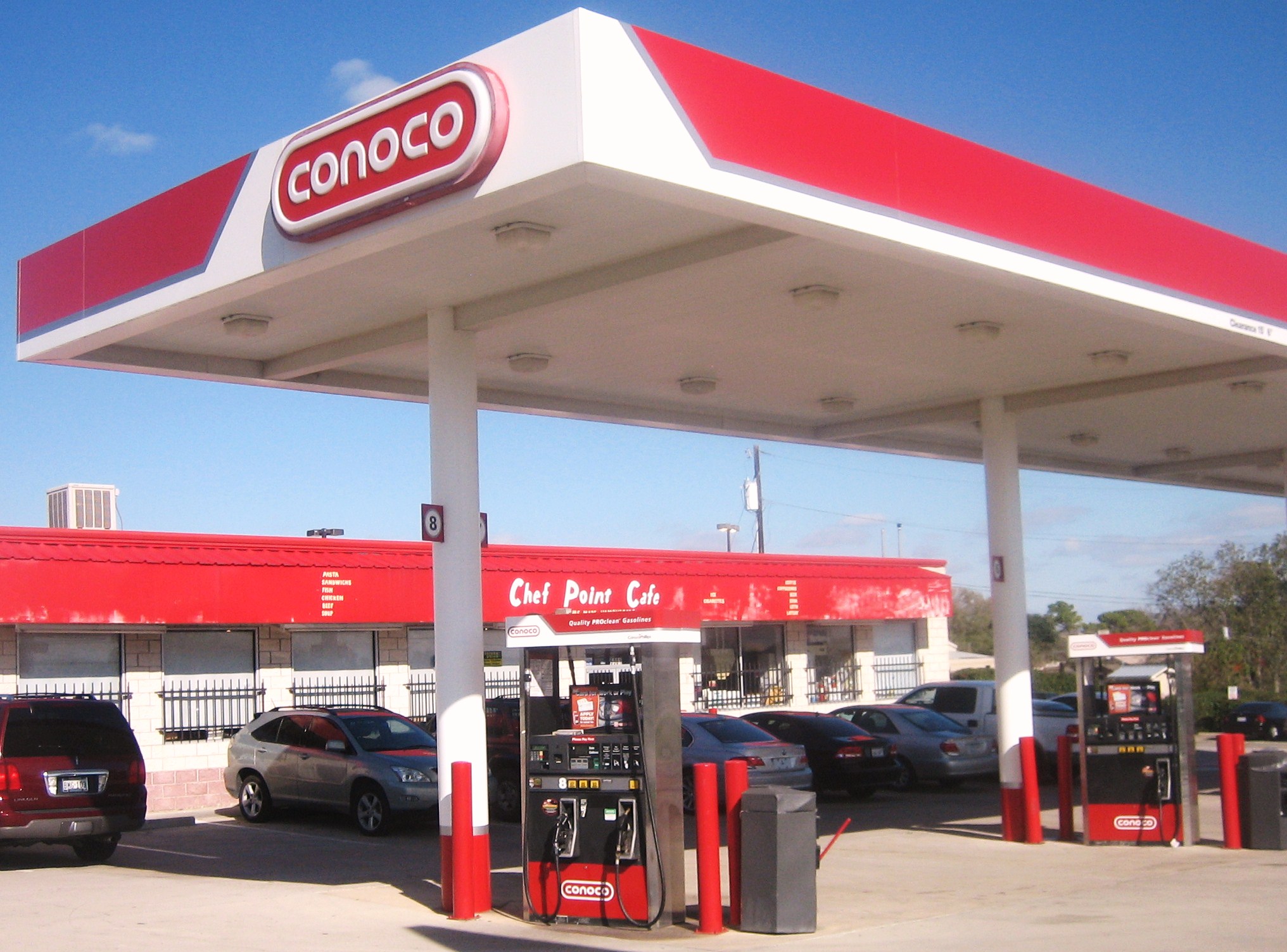 I ™ll admit, I was a little skeptical when my good friend and fellow foodie, Pam, suggested we meet for lunch at a gas station. In Watauga. As she told me about some of the entrees, my curiosity was peaked. Was it really possible to get Cioppino Soup or Lamb Chops with a brown mint sauce while just outside beyond the door the gas pumps were cranking out premium unleaded? I had to find out. 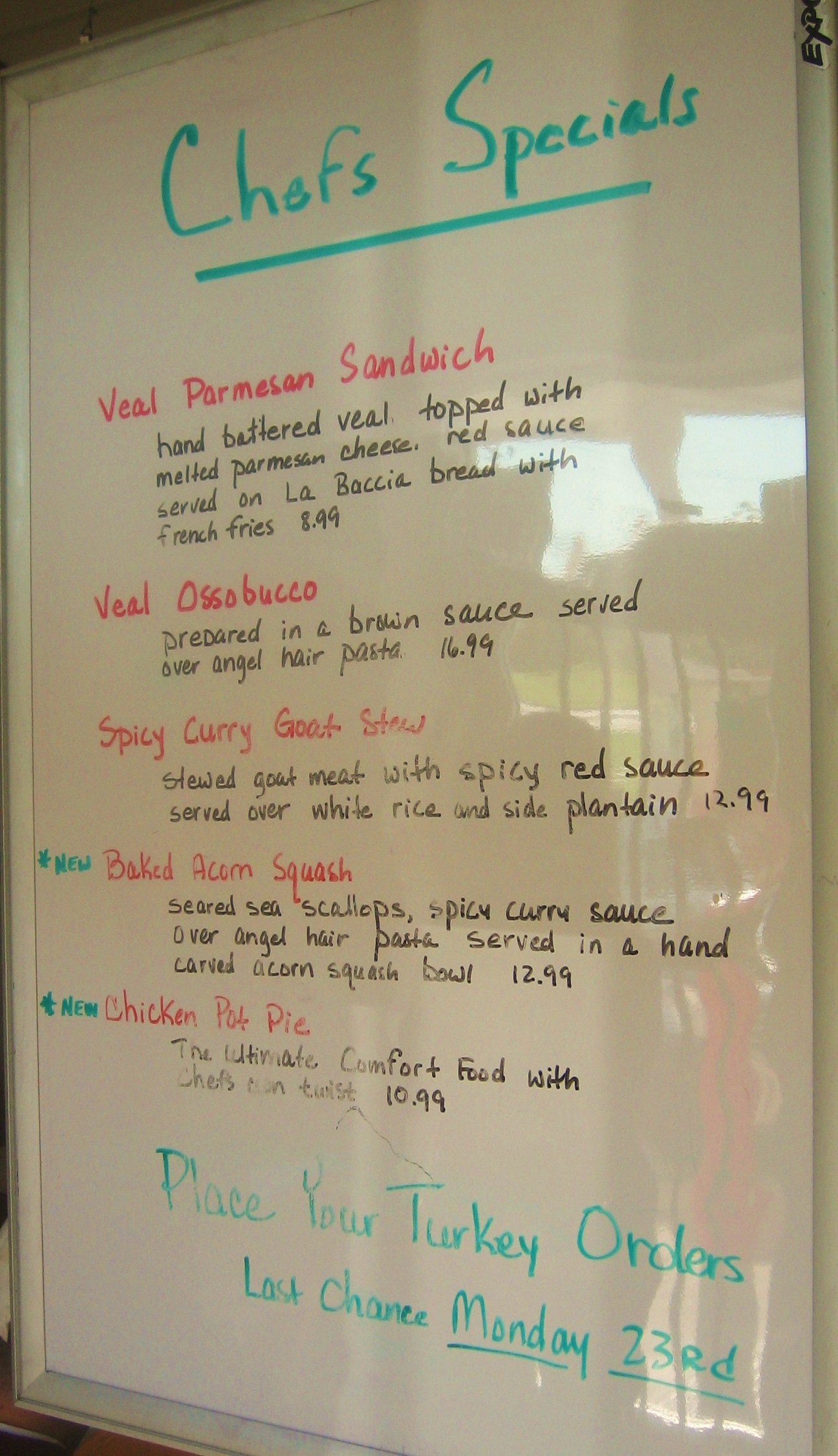 Daily Specials on the Dry Erase Board

I had heard of Watauga, but I had to get out the Mapsco to find it.   (Answer: State Road 377, a little South of Keller.)   As I crossed the Tarrant County line, I wondered what I would find.   Would this be some kitschy thematic diner in the back of a gas station, or would I arrive to find the eatery in the same strip mall as a filling station, not really sharing the same space?

Let me fill you in folks.   This is the real deal.   There, on the north side of Watauga Boulevard, is a large red and white Conoco sign.   As I pulled into the establishment at 12:15, cars and trucks were busy filling their tanks with gas.   The front lot was jammed but behind the building I found a few spaces.

When you open the double doors you ™ll notice a regular gas stations convenience store  on the right.   Beyond the rows of candies, gums, and assorted beef jerkies is the refrigerated section with waters, and sodas, and just past that, the slurpee machine.   But the scene is quite unexpected if instead, you look left.   A dry erase board lists the specials of the day with entrees as varied as Oxtail over Dirty Rice to Chicken and Waffles.   Small red tables cluster together, as sights and yummy smells from the open kitchen permeate the dining area.

I have to say, I am a sucker for daily specials at any restaurant.   I always imagine the chef at the farmer's market that morning finding something unexpected and planning a dish around it for the daily special.   Sometimes, I ™ll even give the waiter my two or three top choices, and tell him to let the chef pick my dinner.   So although it may sound pedestrian, I chose the Chicken Pot Pie.   For starters, I couldn't finish it, it was so huge.   The flaky pastry that smothered the top of the bowl, and hung down the sides was scrumptious.   I thought I tasted a bit of tarragon in the creamy sauce, but the chef swears it was simply French Basil and Parsley.   No matter, it was delicious. 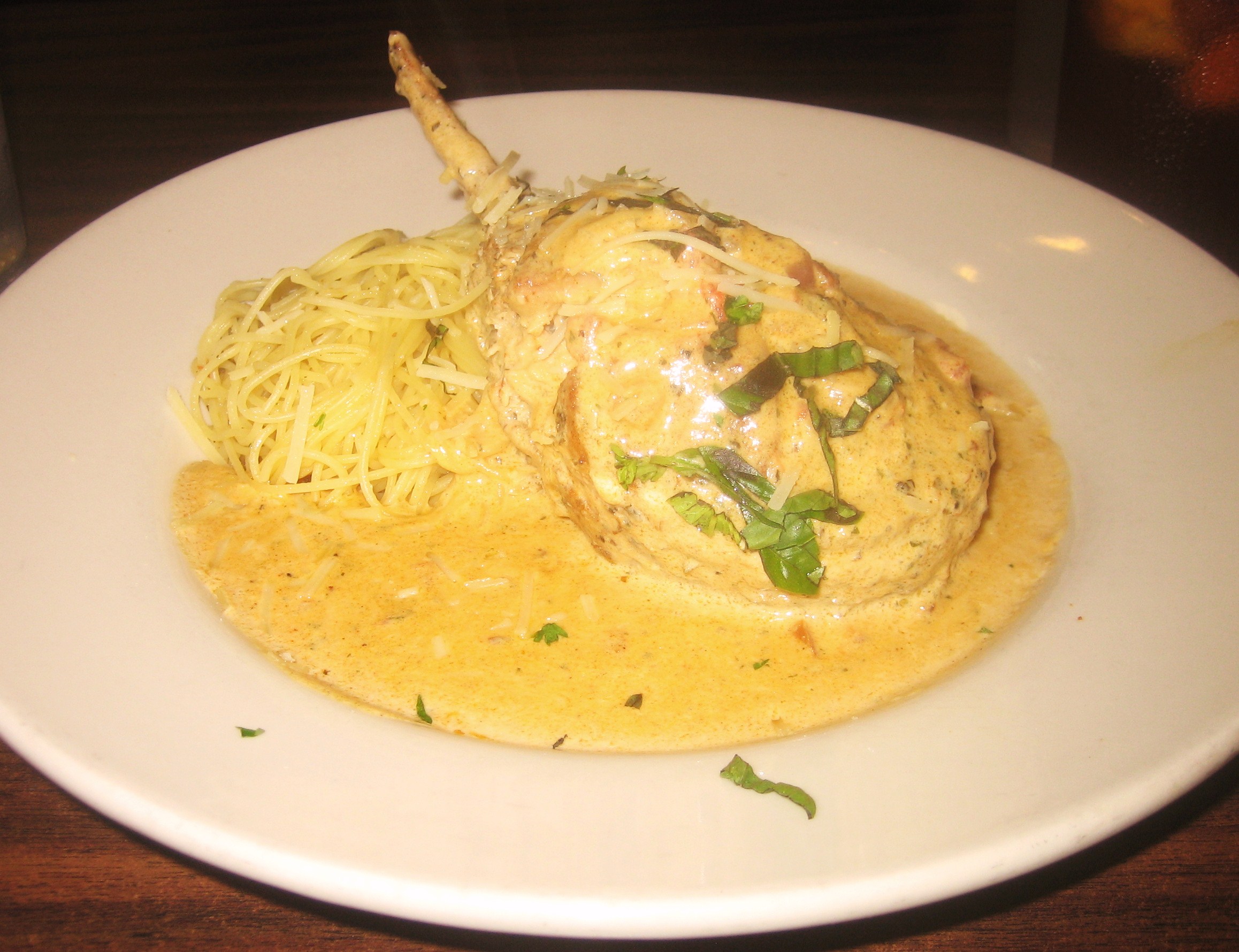 My lunch companions had the Butternut Squash Curried Pasta and Scallops (also a special) and the Crabmeat Stuffed Pork Chop in an Asiago sauce over Angel Hair. Both were fabulous!   For dessert we split the highly anticipated Bread Pudding in Hot Cognac Sauce, and I must be honest, we were all a little disappointed.   It was rich and creamy, but nothing unusual.

Aside from the inspired dishes of this restaurant, the ambiance is a kick!   The table next to us held 3 workers from a local factory who were munching on burgers as big as your head, a monte cristo sandwich and fries.   The diners behind us were dressed to impress and were noshing on Lobster Bisque and what looked to be the Hawaiian Salmon special.   All the while very serious chefs moved about in a kitchen that was less than 5 feet away from us, creating plate after plate piled high with mouth watering dishes.   Michael Buble played softly in the background as I noticed a monster truck with king cab and duelies peel out of the parking lot.   I really felt like I was in a scene from David Lynch's Twin Peaks.

Nevertheless, next time you find yourself hungry in Tarrant County, stop by the Chef Point CafÃ© in Watauga.   Fill your gullet or fill your gas tank, and before you leave, grab a slurpee for the road.

Previous Post: « how to send a boy to school in early american costume
Next Post: The thrill of victory and the agony of defeat »