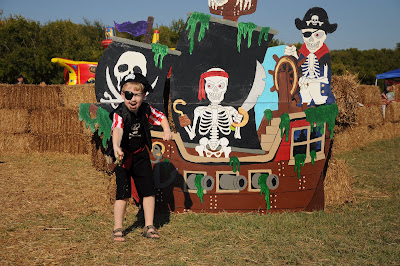 We had a great time at Pirate Days of The Colony. This was our first year to attend and we weren’t quite sure what to expect. It was a lot of fun and I’m sure we’ll go back next year. 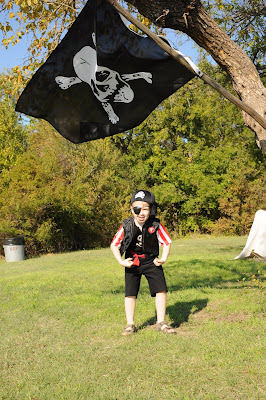 There were several carnival games. Nicholas won lots of little junk prizes that will get “lost” (aka thrown out) before the week is over. Mommy hates little choking hazard toys like these. 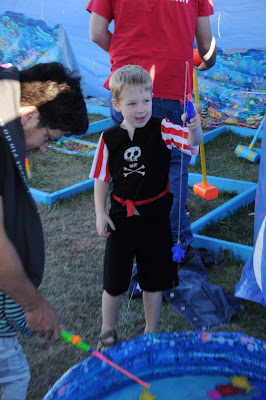 We watched a play complete with sword fighting which Nicholas thought was pretty cool! 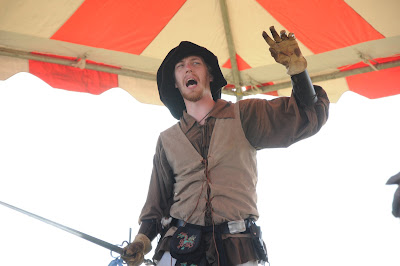 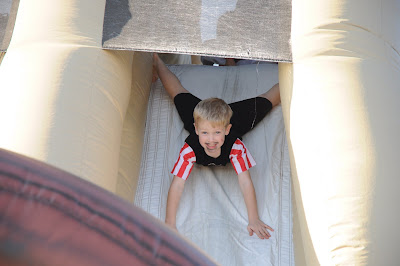 I really enjoyed the storytelling and seeing the wonderful costumes. Makes me want to dress up like a pirate for Halloween. 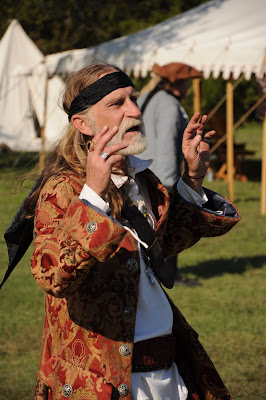 The pirates were generous and shared their treasure with the little pirate-want-to-bes. Nicholas got a cool piece of pirate gold. He was very excited and asked if it was real gold. No, feels more like plastic to me but he didn’t care. 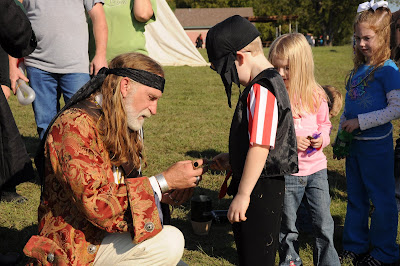 We watched some canons fire over the water. They were louder than expected and I was worried Rachel would not like it but she did fine. 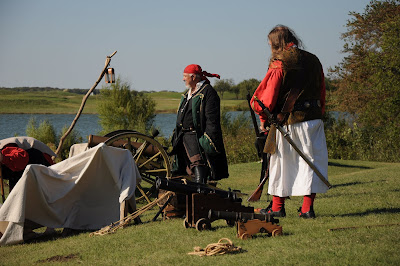 Nicholas had a blast playing on this mock pirate ship. I was hoping Stuart would get inspired and want to build one in our back yard but I don’t think that happened. 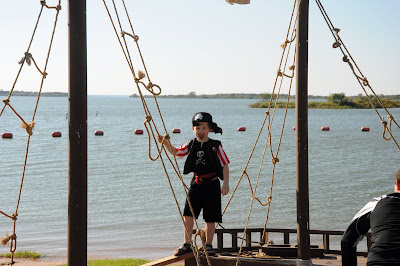 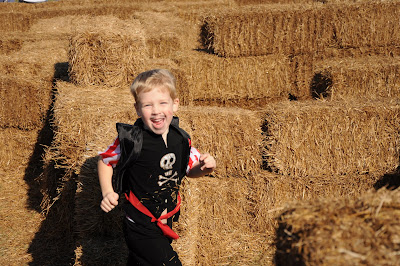 And we watched some great martial arts demonstrations. Hmm, what does that have to do with pirates? I’m not sure but it was entertaining. 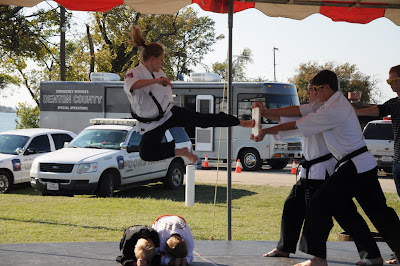 We had some festival food which of course included funnel cake. Nicholas said, “I’m a funnel-cake-eating-machine!” 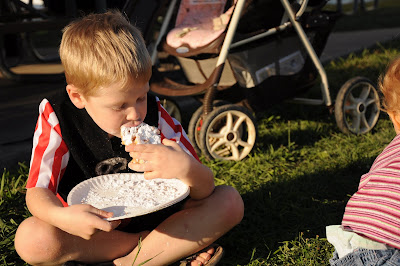 A kiss for Mama from the baby girl! Aww, sweet 🙂 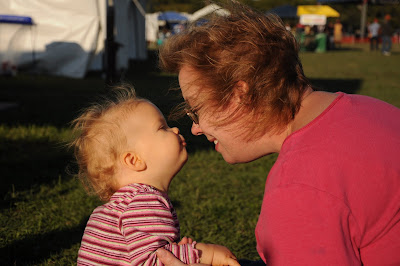