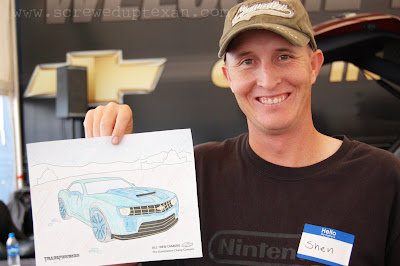 So far so good–my smallest urchin hasn’t told his brothers what kind of fun he had yesterday at the State Fair of Texas…yet. Boy did we have fun! Nothing starts a day at the state fair quite like letting a four-year-old test drive Lightening McQueen at the Chevy Kids Test Drive area–especially when that four-year-old is my kid. 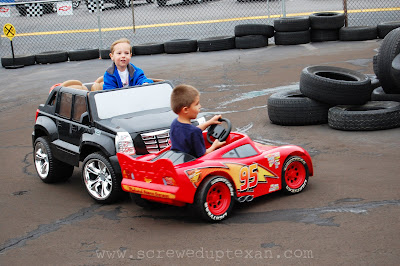 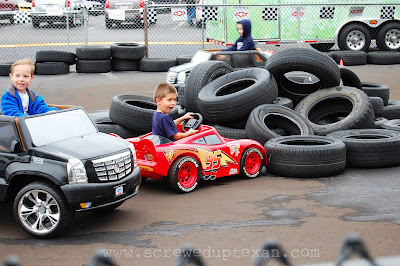 After a close call with death in the bumper car arena we decided to do a little coloring…well we should really mean my little man and my old man. 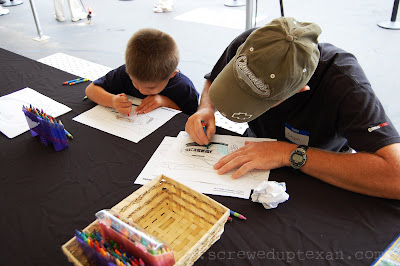 Both were very proud of their artwork. 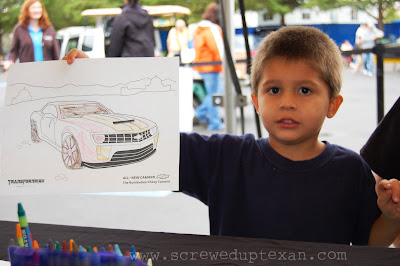 I think my husband’s picture was the oldest entrant in the contest.

In honor of my husband, I thought of a little poem that goes like this:

I don’t wanna grow up,
I’m a Chevy coloring kid,
I may be 31 years old but
This is the best coloring I ever did!

If that poem scared you, then don’t look at the following series of photographs…and please if you know Falcon the Helium Balloon Boy, please don’t show him these photos of my son inside the 2010 Chevy Traverse ever. He may get ideas: 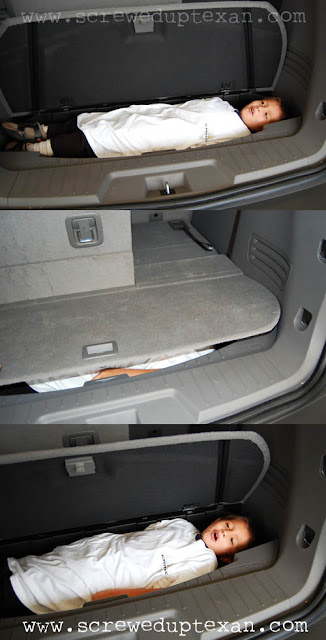 If I ever can’t find my kids, I am looking in the back of my van first.

Good memories were fostered, fun times captured at the Chevy Mom Event sponsored by BurbMom and Chevy. There was additional feeding into my addiction of the internet where I sneaked off for a few minutes and checked my blog. Proof of my addiction: 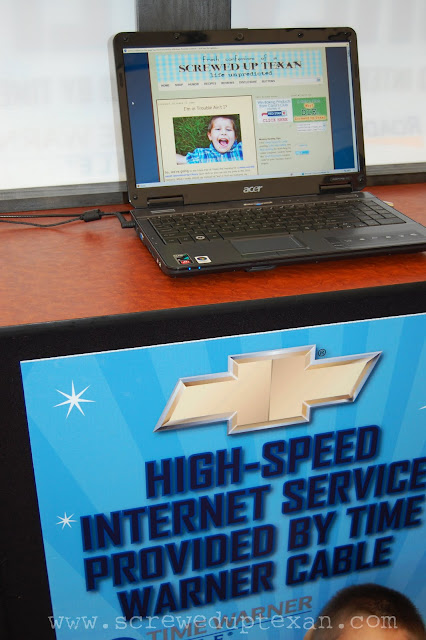 I decided I’d practice with my camera and photograph some other children exploring their creativity coloring at the tables. Some of the children were easy photographing subjects. 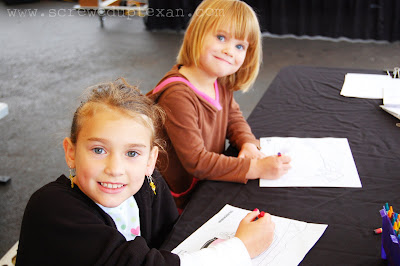 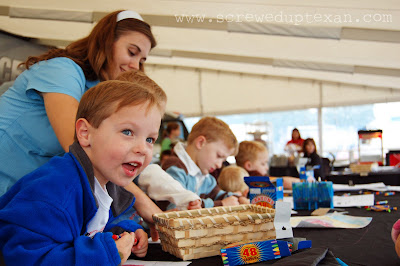 Others not so much. Pretty much the look on this dude’s face is, “Lady, back off with the camera.” Love his eyes! 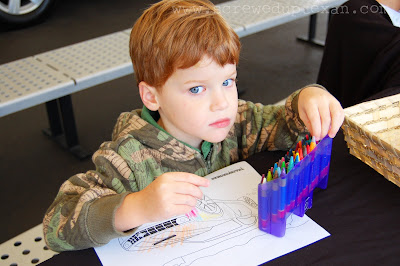 Then it was time for prizes and to see who would be randomly chosen as the Coloring Champ (I think my husband secretly hoped he would win the grand prize). But no, this sweet girl won instead and my husband’s heart was crushed. 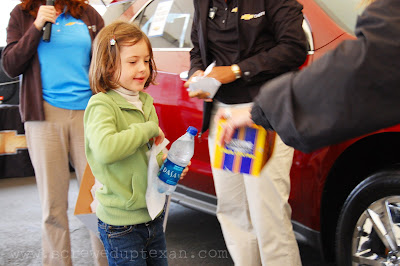 I on the other hand won this nifty leather Texas-shaped paperweight. Perfect for this Texan gal. 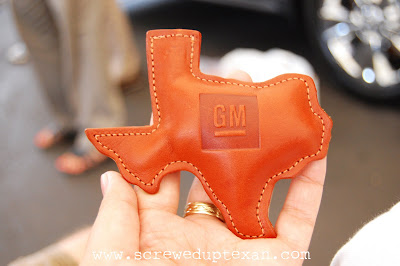 After winning the paperweight, my life was complete for the day. I thanked the BurbMoms, grabbed some nachos to eat, and found some animals to pet…but not necessarily in that order. 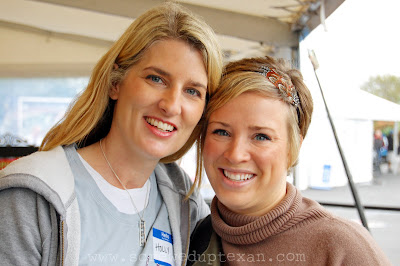