A few weeks ago I was invited by my dear friends at Nintendo to come out to a Wii U party held in San Francisco. 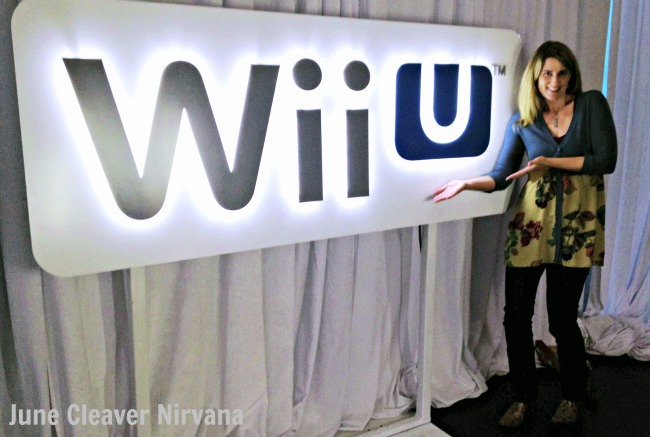 I have been a Nintendo Ambassador for several years now and have the full support of my three boys {and husband} to visit the land o’ Nintendo anytime the opportunity arises and I NEEDED to find out What is a Wii U?

I was excited to go for several reasons:

The trip was really fun.  I ran into Jill  from Baby Rabies in the airport on the plane to quickly exchange how-can-the-security-lines-at-DFW-take-over-an-hour stories {thankfully we both arrived at the airport with over an hour to spare}.  Once we arrived in SF, Jill and I caught up with Jennie from She Likes Purple to head to our hotel through the kajillion bikes that were part of the statement associated with the 20th Anniversary of Critical Mass.

Organizers say Critical Mass is not only a time to enjoy urban spaces via bicycle, but also to “challenge the use of city streets and the domination of cars and oil in our transportation system.”  – Mercury News Sept. 28, 2012

I had a few hours to relax.  The streets of the city were very crowded due to traffic plus cyclists.  My view was crazy amazing from the room.  I did something that I haven’t done in a very long time.  I laid down on my bed and rented a mindless movie.

That evening we went to First Crush for dinner.  I got to hug one of my very favorite people in the whole world {and sit across from her at the meal}, Rachel from A Southern Fairytale.

Oh, and more bloggers to meet and finally greet in person:  Heather from Poliogue, Katie from Katie Sweeney, Jenny Grace, Kimberly from Tippy Toes and Tantrums {who I previously battled unsuccessfully}, Leah from A Girl and A Boy, Christie from Sweet on Scents, and Becca.

The next day I had a quiet breakfast overlooking the city.  Did I mention that streetcars just passed by regularly?

We loaded up the limo and headed to Fort Mason Center Festival Pavilion.

I have been having difficulty with allergies and congestion for nearly a trillion days and ONE minute in the sea air completely cleared my head.  I felt human again…if only for a few hours.

The Wii U Party was awesome.  There were stations around the event floor and in small rooms adjacent to the party where we could try out a variety of new games on the system.

I am now going to attempt to explain:  What is the Wii U.  Please remember that I am not a technical person, do not know the language of all things video gaming, and was NOT provided this information by Nintendo {who has no responsibility for my lack of knowledge}…

What is the Wii U?

The Wii U is a new gaming system that looks similar to the old Wii, but it comes with one major difference – a small handheld screen.  How the handheld screen interacts with the system is game dependent.  On some games it is an extension of the menu and on other games it acts as an additional controller.  It is where it acts as an additional controller that things get really interesting.

Because it is a screen, it has the ability to mirror what is on the big screen or display something complimentary to the game.  On one game I played, the person with the handheld screen was playing AGAINST the four players with traditional Wii controllers.  They were able to use the screen to hide and react to those of us hunting them down.

The new Wii U also has a Wii U Fit version which also integrates the handheld screen into sporting, fitness and balance activities.

It is all pretty cool.

My boys are looking forward to the Lego City game and I am sure that they will enjoy Nintendo Land and New Super Mario Bros. which I played at the Wii U Party.

As I mentioned above, I am a Nintendo Ambassador. My trip and activities were paid for by Nintendo.

Thanks so much! I can’t wait to have a Wii U at home…