It was one of those invitations that I RSVP’d ASAP and then stepped away from the computer to find the boys.

We were invited to the Youth Ballpark next to the Ballpark in Arlington by Coca-Cola for the inaugural Live Positively “Get the Ball Rolling” Youth Clinic with Texas Rangers Legend Rusty Greer. 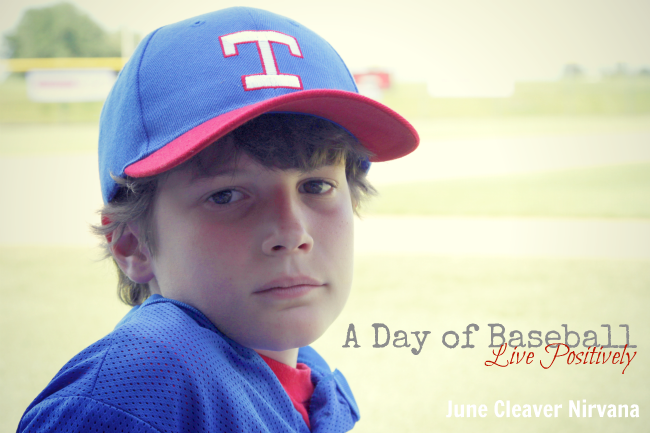 They were also sending us to the baseball game after the clinic.

We were attending the baseball clinic with The Boys & Girls Club of Arlington.   Each kid had glove in hand and despite the Texas heat, was ready to play ball.

They split the kids into groups and rotated through several learning stations.   My boys’ favorite area was the pitching clinic.

{That is Rusty Greer kneeling on the right}.   The kids were taught tricks and techniques and each got plenty of time to practice. 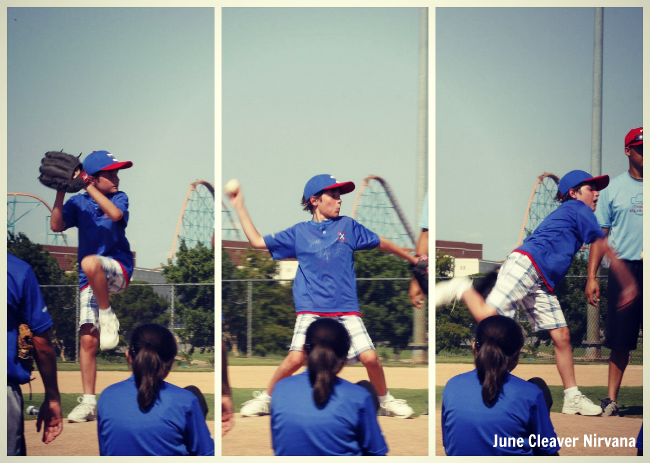 Ryan participated 100% and would have stayed for several more hours if anyone still had energy.   I haven’t seen him this excited about something in a long time.

Reid and Rhett hung in there for awhile and then collapsed and demanded more Powerade. 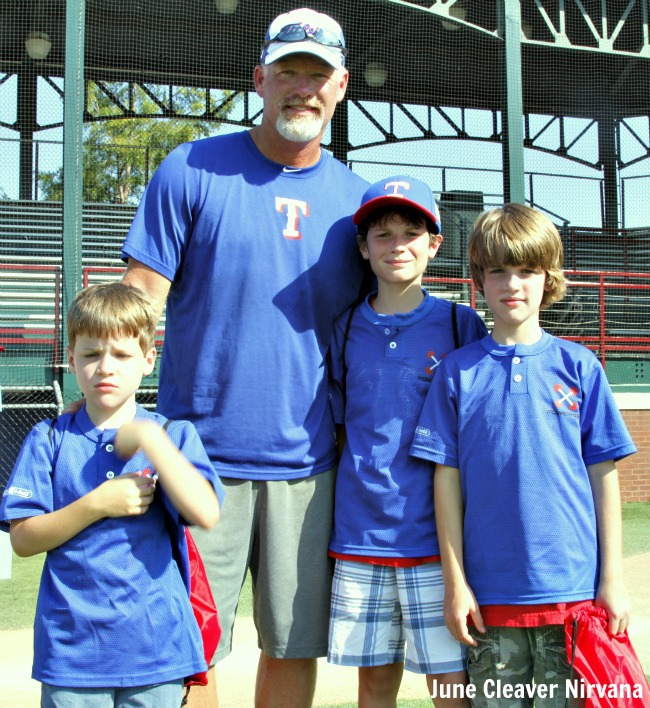 Rusty Greer is just about the nicest person we have met.   At the end of the clinic, he fielded questions from the kids and patiently answered everything from “What was your best play?” to “Can you do anything besides baseball?”.   I begged for a picture and he was sweet to say yes.

After all the fun, we walked over the the Ballpark for the game.

We were THRILLED to be sitting on row 10.   Yep, I took this picture from my seat {along with 100s of others}.

The Rangers didn’t win, but we had an amazing view. 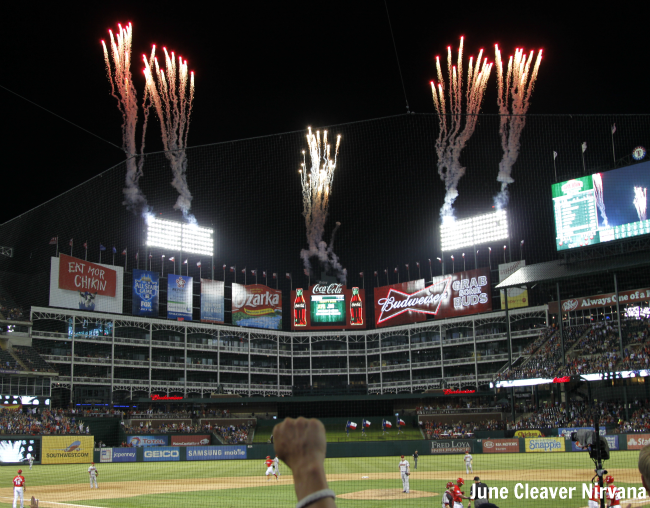 Thanks Coca-Cola for a positively wonderful day.