It isn’t that I don’t LOVE Christmas.

I just get stressed out over all the stuff that needs to be arranged.

It doesn’t seem to matter if I started in July, there will still be outgoing Christmas cards in my mailbox today.

Oh yes there are.

Part of me loves the over-the-top way we all celebrate.

Part of me would rather crawl into bed with a good book.

Both parts are glad that it is December 27 and not November 27.   11 more months until we repeat it all over again.

I don’t know how Santa does it.

Well, actually I do.   He has help.   Not just the help of elves, but the help of millions and millions of parents working to keep sugar plums dancing in the heads of their offspring.

And that brings me to the other stressful thing about Christmas…Santa himself.

There are just too many holes in the Santa theory for me to come up with yet another compelling argument for his side.   By the 24th I was just saying, “it is magic.”

That should cover it, right?

In most houses, yes.

In my house, with my first born(10)…absolutely not.

And he isn’t quietly questioning the bearded one.   He was mocking his existence with fervor no matter what Santa-believin‘ friend or relative’s child was within earshot.

Late on Christmas eve, I took this photo at OUR fireplace where HIS stocking is hung with care… 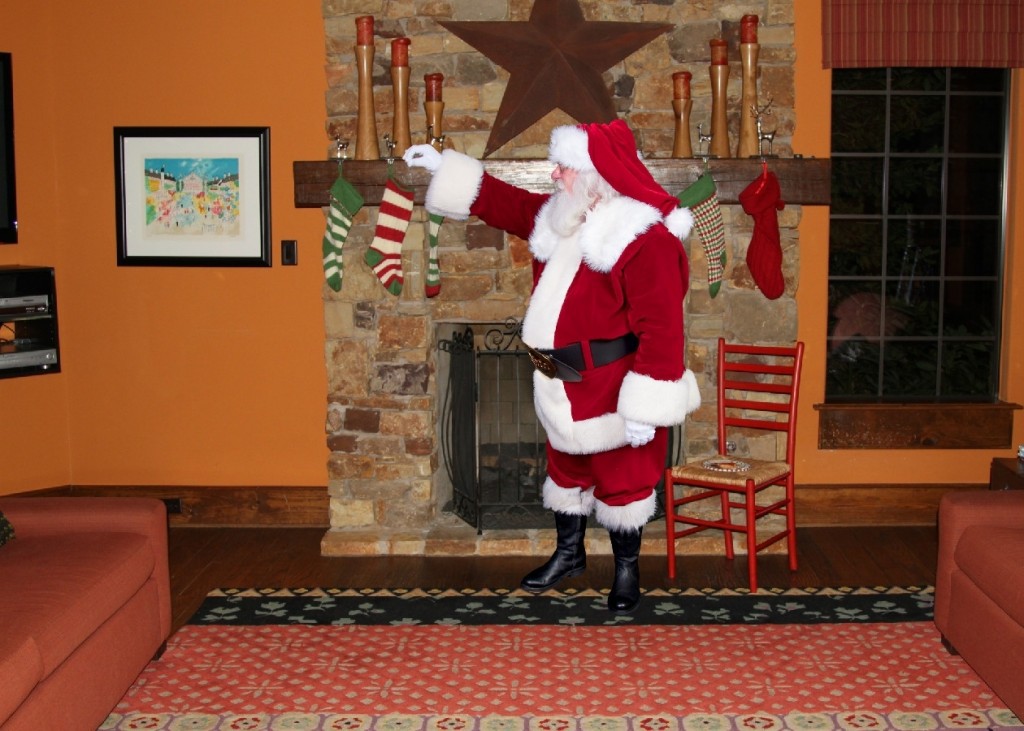 Reid(8) and Rhett(6) were amazed that my camera had caught such a thing.

Ryan said, “Who did you hire in the middle of the night to pose for that?”