Skip to content
Butter Bean loves going to Musical Theater Camp this summer at her dance studio, Footlights. Today was particularly exciting as they were treated to a behind the scenes tour of The Actors Conservatory in Lewisville. 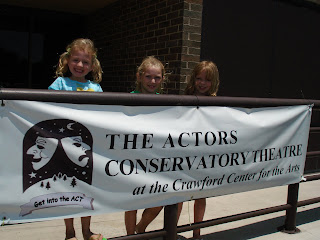 I was surprised to learn that the theater has been offering quality children’s performances for a decade…right here in our own “backyard”. 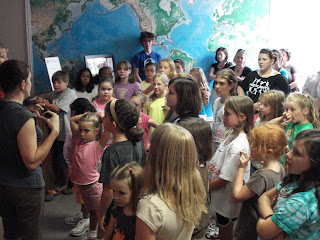 Amy Parsons, owner of Footlights, introduces the kids to our tour guide, Lesa Bledsoe, the Director of House Productions.
The Box office is the first stop on the tour. The theater offers concessions as well as toys, and memorabilia and flowers for the actors. Each actor is also featured on the wall of “Stars”. The kids particularly liked the idea that the actors would autograph a star for them for just a $1.00 donation. 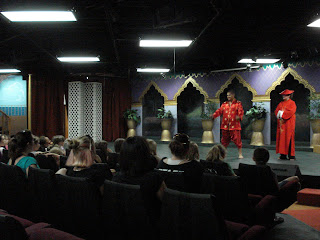 From there we were ushered into the seating area. We learned that in Theater this area is called the “house”. A large “GONG!!!!!” announced the arrival of the King.

After delivering a short passage from the performance The King and I, the young actors spoke with the kids about being a performer and answered their many questions. 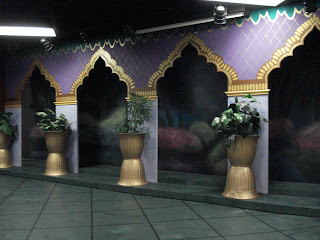 Check out the beautiful Stage and Set!
These are all hand painted by parents of the children performers. Obviously, very talented volunteers!
Lesa, our guide, said at the end of the performance most sets are dismantled and repainted for the next show. 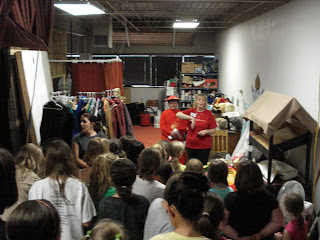 Costumes are a critical part of any performance. Costumes, wigs, hats, accessories, handbags, and props are all organized and stored for future performances. Many of the costumes are custom-made by volunteers. 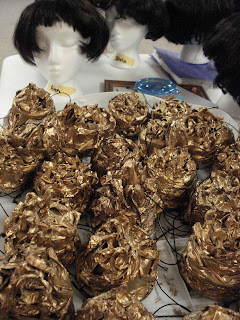 Even the kids get test their hands at creating props.
The crowns above were all created by the “children of the King.” Each of the performers wears a black wig with their own Crown Creation. 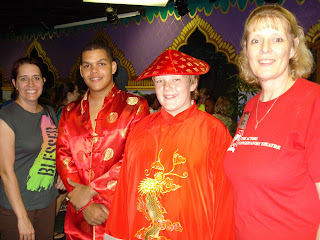 Many thanks to Amy Parsons and Lesa Bledsoe for bringing Musical Theater into the hearts of so many children.

Butter Bean loved seeing the young people on stage. We hope to catch the performance this weekend before the lights go down on The King and I and all the hard work begins again for yet another entertaining performance.