Kids Activities Blog is continuing our series highlighting some amazing charities that seek to help kids have a better quality of life.

Today we are highlighting a well-known charity that has surprised kids all over America with one granted wish. You guessed it — the big-hearted Make a Wish Foundation. 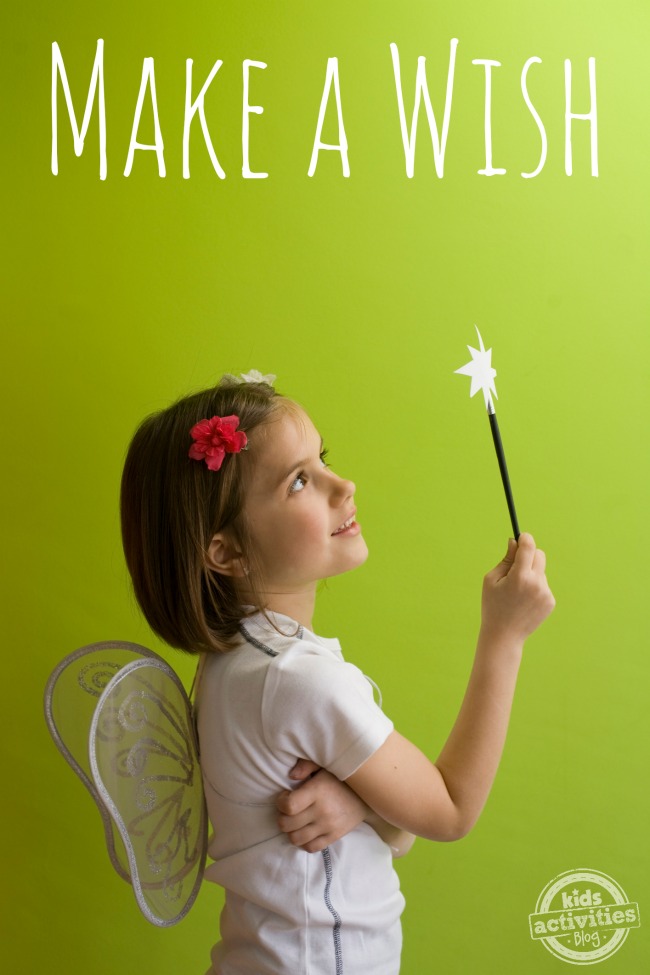 Make A Wish Foundation is an organization that devotes its time, energy and finances to making kid's dreams come true. Not just any kids, but kids with difficult hurdles in life. Approximately every 38 minutes a child's wish is granted by Make a Wish. Cancer, heart problems, spina bifida, leukemia and brain tumors are only a few life-threatening conditions that many recipients of this charity battle with.

Kids have received trips to Disney world, brand new cars, specially designed playhouses and even trips to meet their favorite heroes — or even become a favorite hero!

How did Make A Wish Foundation start anyway?

Charities that that truly care typically start with people that are moved for a certain cause. Make-a-Wish Foundation is no different.

In 1980, this wish granting journey began. U.S. Customs Agent, Tommy Austin,  was a man that was overwhelmed by his wife's friend's situation. Her son was only seven years old and was dying from Leukemia.

The little boy's dream had always been to be a policeman so he could catch bad guys.  After much string-pulling and coaxing,  Tommy Austin orchestrated a big surprise for seven-year-old Chris  Greicius  . He saw helicopters, police cars and motorcycles all welcoming him to the police force. He was also given a Smokey the Bear  hat and his very own special badge. He became Arizona's first and only DPS officer on that special day.

Chris received his childhood wish because there was a small group of people that cared. When people join together, they can make big things happen — even granting wishes.

That same year, DPS officers, friends and family began the Make a Wish Foundation. Leaders of this group saved donations and spare change for the day they could grant a child's wish. THe first official wish was granted in 1981 to Frank Salazer, who was also seven years old and battling Leukemia.

Since 1981, Make-a-Wish has been granting wishes — the simple and the seemingly impossible.

Sometimes the wishes are much simpler than anyone predicts. However, that shouldn’t be surprising since children are known to be inspired and overjoyed by the simplest of things in life.

A charming 11 year-old named  Kayla Hoover  had a simple wish — to enjoy a meal at her favorite restaurant — Olive Garden. Make a Wish Foundation not only granted her that simple wish, but they also surprised her with a day at the spa and a shopping expedition at Target!

After being pampered at a spa, and fed like a princess by her favorite restaurant, Kayla was shuttled away in style by limousine. As the limousine dropped the young princess off at Target, she was greeted with a princess shopping sash and her very own personal shopper that asked her to embark upon a super-fun scavenger hunt! They followed clues and picked up special gifts throughout the store. Her simple wish was multiplied into an entire day of fun and memories.

Kayla was chosen because she has a brain tumor. That news is something that any person would have a hard time accepting, much less a young child.

Make a Wish foundation shows they care about those kids with life-threatening illnesses as well as the family that has to watch them fight.

Without people's donations there would be no Make a Wish Foundation,  Commented one representative of the organization.

Surprising to some, there have been many wishes where recipients of the wish did not want anything for themselves.

One story is of a 17-year old named  Joshua Walker. He was diagnosed with a brain tumor that threw his family for a loop. He underwent radiation away from his hometown and the family even had to sanitize the entire house for him to return. When the Make A Wish Foundation decided they would grant him one wish, the family began to brainstorm of all the fun things he could ask for. He could ask for an amazing trip, a new computer or even a new car.

Joshua never told his family what his wish was until Christmas Eve. That night he played Santa and presented his entire family with loads of gifts. There were iPads, clothes and mountains more of gifts. You can guess what his unselfish wish was.

Joshua's family had sacrificed so much time and money in efforts of eradicating the brain tumor. He knew that there would be very little money for Christmas, so his wish was to provide his family with the best Christmas ever.

Not only did his family get the most surprising and memorable Christmas ever, but they also got some wonderful news. Joshua's brain tumor was declared in recession and he has now been tumor free for one year!

Make a Wish is able to make kids dreams come true by people across the globe giving to this cause.

Is there a charity that mas made a difference in your life or someone you know? Tells us about it and we will see if we can feature it as well! Please fill out this form  to contact us concerning kid charities.

Previous Post: « 12 Fun Games to Make and Play At Home
Next Post: 10 Things to Do with Kids in French Lick, IN »