With three boys in my house, it is a never-ending series of building things with LEGO ® bricks.

Big things.  Little things.  Things in the middle of the living room floor. 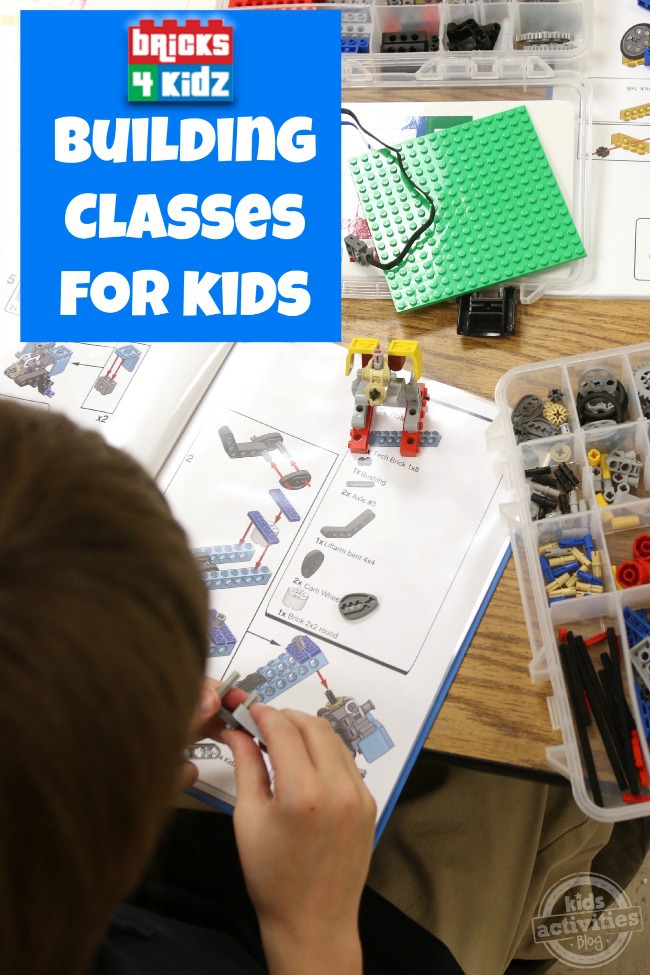 I had heard about Bricks 4 Kidz – building classes for kids with an educational twist – and looked into it several years ago.  At that time, the classes were too far away from our home.  When Bricks 4 Kidz approached me a month ago about working together, I was excited to see that they have expanded all over the country and there are now several options for classes close to home.  I asked my boys if they would help me take on this “job”, and they were more than willing!

We went and checked it out! 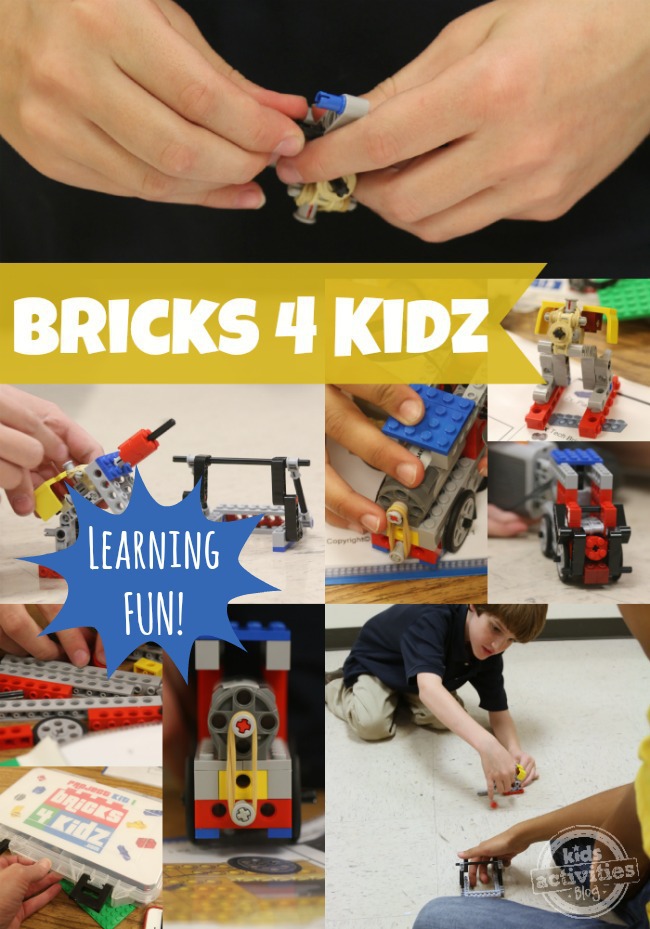 My two younger boys (ages 7 and 10) attended an after-school enrichment class a few miles from our Dallas area home.  Our class was a dozen students who had been attending this class weekly for several weeks.  The ages were between 6-11 and every single kid in that class couldn’t wait for it to start!

Archana, the Bricks 4 Kidz teacher, started the class with a small lesson on how electricity can be made from trash.  The boys were hooked – electricity, trash and LEGO ® bricks  – what more could a boy want?

She then handed each boy a Bricks 4 Kidz building set with instructions for the first model – a trash truck with a movable arm.  My boys jumped right in and before I knew it, my 10 year old, Reid, was done.  He showed some of the other students his trash truck and was ready to build something else.  The teacher had him take apart his model, placing the pieces back into the building kit and then handed him the next project which was a motorized trash truck.

Reid built the motorized trash truck in record time – his words.  The thing that was unexpected to me was how engaged he was with this activity.  He sat and talked to me the whole time about what he was building, how he was doing it quicker than he thought he could, and how excited he was to make it go in the end.

The teacher kept everyone in the room building.  Some of the younger kids were building together.  Older kids were helping out as complicated steps were tackled.  In one situation, the boys decided they wanted to change the design of the motorized trash truck to carry the battery pack.  They designed and re-designed until they came up with a solution.  When they showed everyone on the floor how the truck could go by itself, a spontaneous tunnel of boys’ legs happened and the trash truck rolled under them across the floor.

I asked Archana how she got involved with Bricks 4 Kidz.  Her son had been a Bricks 4 Kidz student for several years.  When they recently relocated to Texas, she decided to start a Bricks 4 Kidz franchise since it was something they both enjoyed.  Her son was one of the students in the class who was helping the younger kids.

The hour flew by.

No one wanted to leave.  When I asked my boys if they wanted to return to the class, without hesitation they answered, YES! 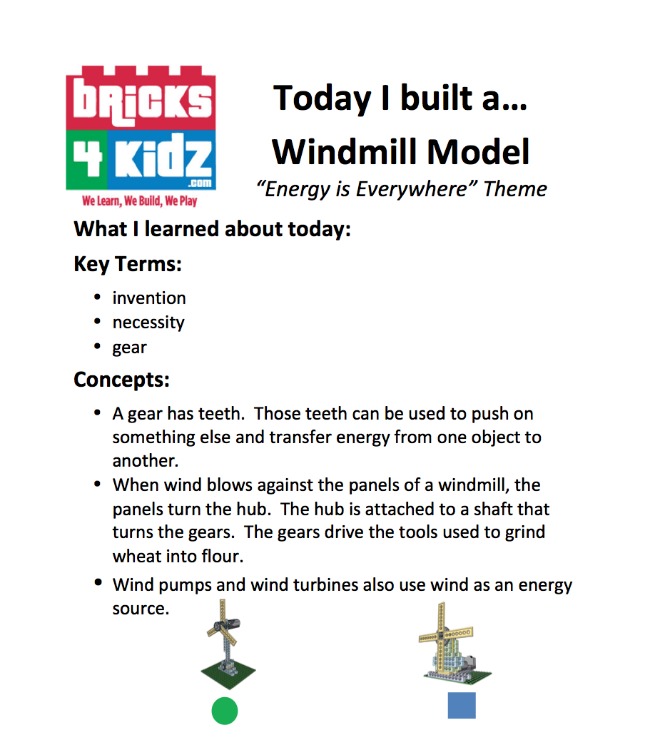 After each class, the kids take home a reminder of what they built and the educational concepts that were involved.  Each session builds on the concepts from the one before.  In our trash lesson, the teacher spoke about the wheel vs. gear session that was earlier in the series.

I love when we can sneak a little learning into something that kids are really excited about!

To find out where Bricks 4 Kidz is near you, check out their website.  You can also find them on FB and Twitter as @Bricks4KidzCorp.

Thanks so much to Bricks 4 Kidz for sponsoring this post and letting us hang out at your class.  All opinions expressed are my own.  My kids are begging to return to a Bricks 4 Kidz class.