Learning to use scissors can be a long and challenging process for little hands!  That is why making it simple and fun can reduce scissor frustration! 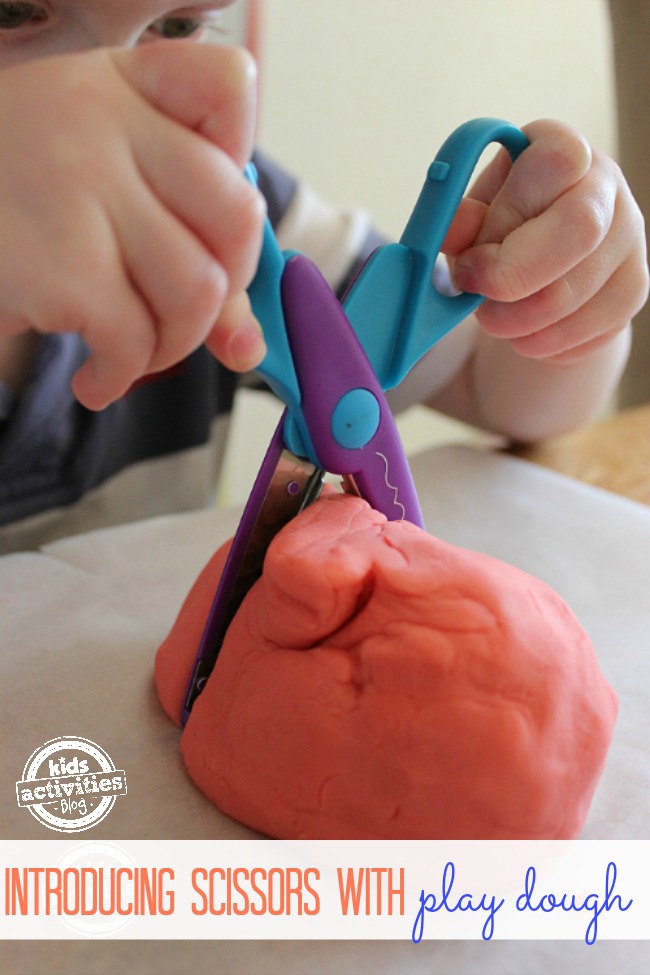 There are so many things to remember – how to hold them in the right position, which fingers to use, not to mention needing enough hand muscle strength to operate them. Introducing scissors to kids for the first time can be turned into a fun and simple activity by using play dough, instead of paper.

Cutting paper can be particularly tricky when kids are still learning to use scissors. The paper needs to be held tight or it will slip and bend, and the scissors need to be moved along the paper to keep cutting. This is not easy when you are still learning to hold scissors the right way. By using play dough, kids can learn to control scissors without the added challenge of handling the paper as well.

For this activity, simple offer a pair of child safe scissors and a small ball of pay dough. When my son recently explored pay dough with scissors, he spent some time stabbing the scissors into the ball of dough, using two hands to open and close the scissors and basically just experimenting. He was able to discover how the scissors worked, and how he could control them, without the stress of trying to cut on a line or cut through paper. 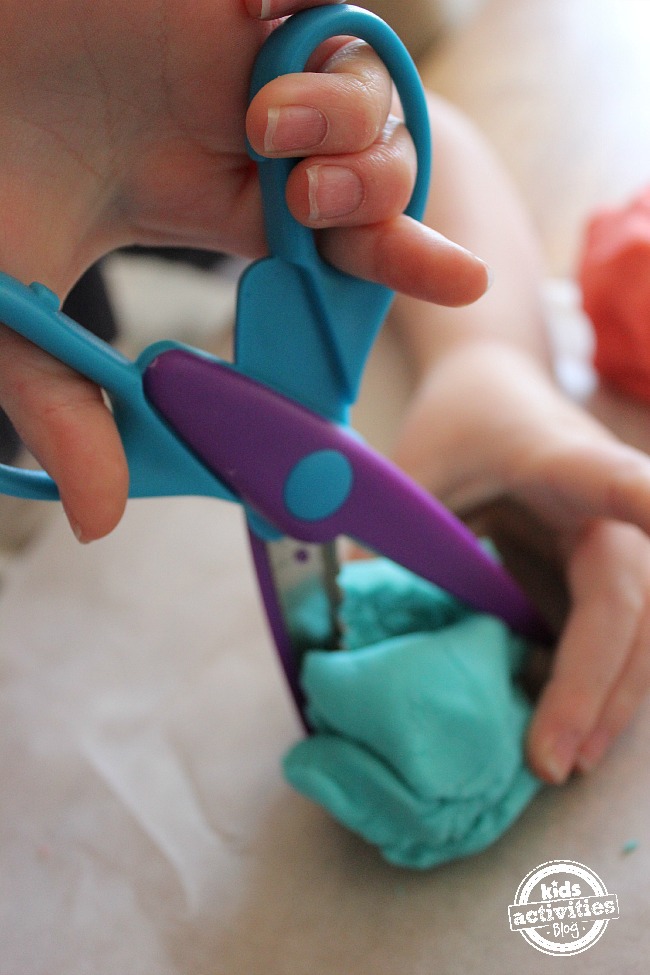 Eventually he moved on to using the scissors with one hand. He rolled the play dough into a flat disc and began cutting off corners. He was developing his pincer grip, which is so important for handwriting, and his confidence with using scissors was really boosted. 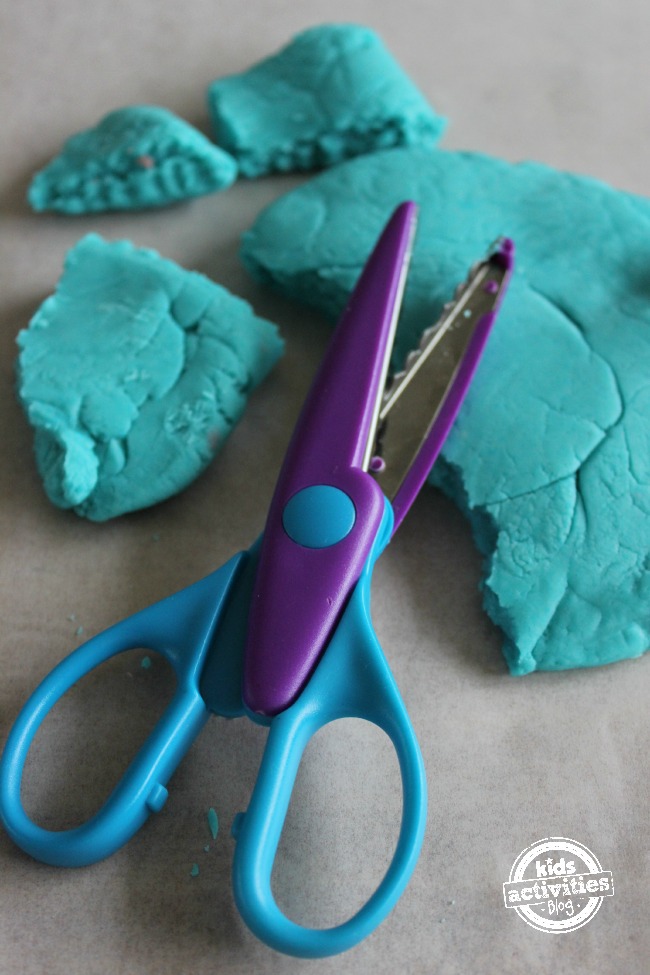 When your child has become more confident using scissors you can try rolling the play dough into strips, indent the strip with some regular spaced lines (use a plastic knife or skewer), and have them cut along the lines. They will gain great confidence in learning to use scissors since the play dough is much easier to cut than paper.

Looking for a pair of scissors for toddlers?  Here are a few options: (affiliate links)

Ness is the creator of One Perfect Day a site full of creative ideas for kids to play and learn, family recipes, children's book reviews and information about positive parenting and connecting with our children. Ness loves creating fun kids ™ activities and has decided that permanently having paint under her fingernails and play dough in her hair is a fashion statement. You can find One Perfect Day on Facebook and Twitter or follow along on Pinterest