Reese and I went to check out the American Railroad Museum in Fair Park, Dallas. At our GLECPTA auction last year, I won some free passes, so I wanted to use them before they expired! 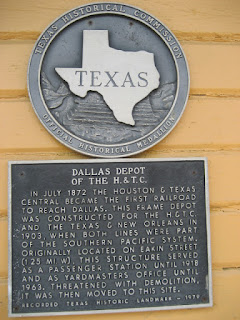 The museum was very neat, but slightly disappointing because they were currently renovating most of the trains (that you could go inside) so be sure to call before you go and see what is open for exploring. They did have two cars & an engine that we could go inside, but it would have been much more entertaining if we could have gone inside the other five or six cars they have open normally! 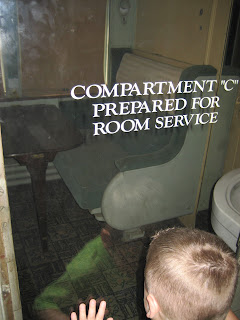 We got to check out this sleeper car which was attached to a passenger car. They had the different “compartments” set up as if someone were in there. Some were set up for daytime use and others were set up for night time use, with the beds pulled down & even suitcases open! 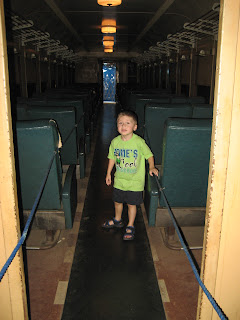 Here’s Reese in the passenger car. I absolutely LOVE the smell of old, musty antique things and this train enveloped us in it! Reese thought it was really novel to walk between the sleeper car & the passenger car, and we talked about how when the train was moving people walked between the two! I haven’t been on a train ride ever, but I was amazed at how much room was between the rows of seats. Nothing like an airplane! 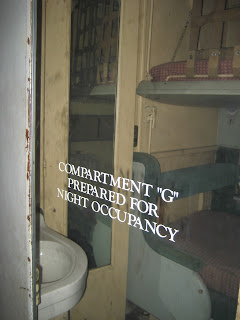 Another room in the sleeper car. 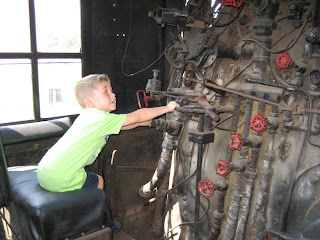 This was the steam engine you could walk up into. I was amazed at how industrial it was, and it seems like it would have been absolutely NO fun to be driving the train up here. Reese thought the mass of lever, buttons, knobs, & wheels was fascinating. 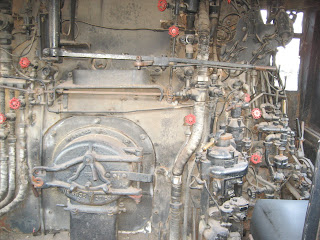 More of the steam engine driver’s seat. I wish we had been on the guided tour (which I plan to do sometime) so they could explain more. My knowledge was severely limited, and there were no information signs (that I could see!) to explain what we were looking at. But, it was so neat to see it all! 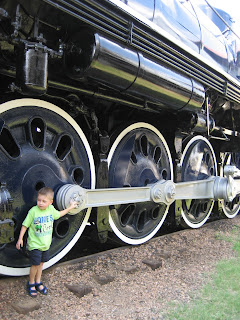 Check out the size of the train wheels! 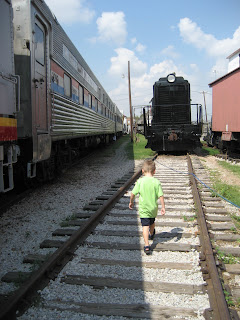 There are a small handful of trains you can go inside, but there are numerous train cars to look at & read about. Reese was mostly interested in the ones we could go inside, so we didn’t spend much time looking at the other trains. 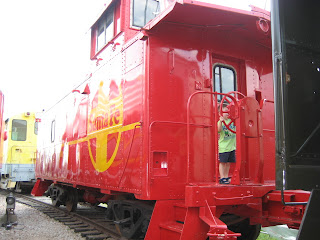 Here’s the little red caboose, and Reese found a steering wheel which he had to drive. Actually, I doubt this was a wheel used for steering, but Reese pretended it was. 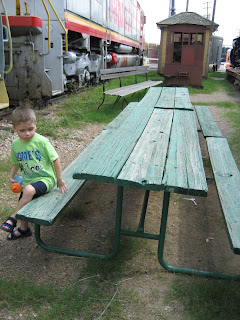 They had a little picnic area as well in between all the trains. Everything around here, from the trains to the artifacts & train parts scattered about, are very old & definitely not newly painted! So when Reese saw these tables, he said “These tables must be very old tables too!”. Just made me laugh. Because these “very old tables”, through Reese’s eyes, were just as precious and valuable as all the old trains. Too darn cute~!
0 shares