Awhile back Ryan(7) had worked on his school work well all morning so I decided to take the three boys out to lunch as a treat. 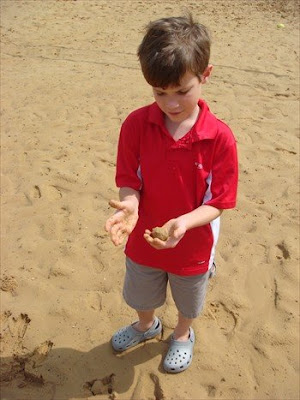 I didn’t have the energy to endure pizza and games so I decided to take them to Life’s a Beach (a local restaurant that has a beach outside). 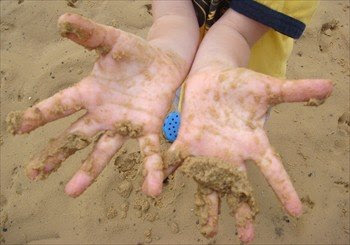 The boys were excited to see the sand. Ryan and Reid ran for the sand. Rhett sat down with me on the patio to order food and watch the fun. 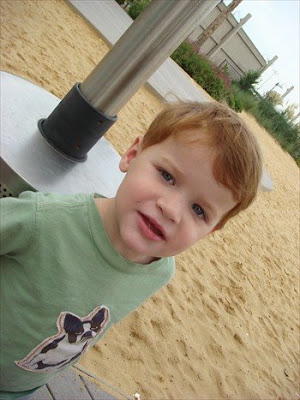 Rhett tried for a few minutes to tell me that he didn’t like sand, but the temptation was too much and he was soon out playing with his brothers. The restaurant was very empty with just four other tables of moms watching their little ones play on the “beach”. 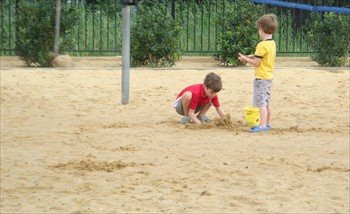 All was going smoothly until Reid(5) started screaming at two other boys that looked like they were 4. I ran over to ask him to stop and he informed me that these boys were bad. 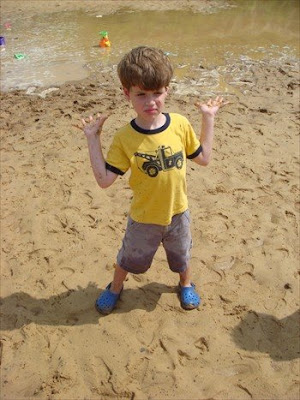 They didn’t look all that bad.

I decided this might be a bit of an over-reaction on Reid’s part and that I would watch how this scene played out.

The bad boys decided interactions with Reid were too noisy so they turned to Rhett(2) who looked like an easier target.

The bad boys started chasing Rhett and holding out scary hands and screaming.

The bad boys mothers got up immediately. I told them not to worry Rhett has two older brothers and I think he could handle himself (this action of concern by the bad boys’ mothers proved to me that neither the boys nor their mothers were bad…).

Rhett got a bit of a distance from the bad boys chasing him, turned, put up his hands and screamed at the top of his lungs, “STOP!”

Ryan and Reid ran to his side.

What happened next was a scene out of Westside Story

There was two lines of boys facing each other.

The bad boys vs. my Nirvana boys.

There was walking forward.

There was walking backward.

There was trash talking.

Unfortunately there was no singing.

Unfortunately there was no snapping.

It was an intense battle there on the sand.

An intense battle over turf.

Turf worth fighting for… 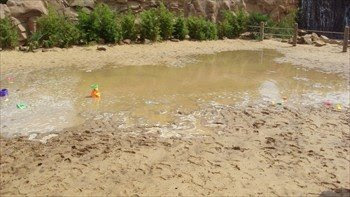 The turf was a very large puddle in the sand.

The turf was boy heaven.

The Nirvana boys had the bad boys outnumbered.

The Nirvana boys had the bad boys outattituded.

The Nirvana boys had the common blood of brotherhood on their side.

It wasn’t even fair. 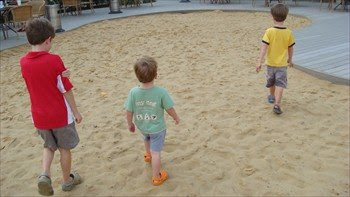 Holly is a Flower Mound mom of three boys.   She has been known to play out musical theater numbers in her head.   She writes here at Burb Mom and on her personal blog, June Cleaver Nirvana.