Yesterday we were walking home from school. Nicholas had to get out a little prerequisite running in celebration of the start of Spring Break. 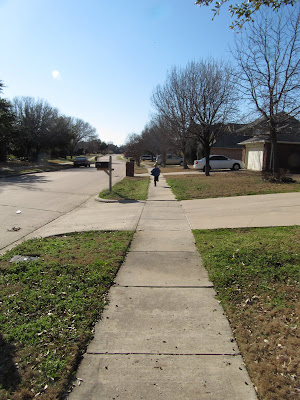 But after that was out of his system, he settled down and picked a dandelion flower from someone’s yard. Then he picked another dandelion flower that was more in full bloom. He said he had a neat idea and started looking around in this person’s yard for more dandelions. He found just what he wanted, a set of dandelion buds that had not yet bloomed. He showed me the flowers and was all excited to explain that he had started a collection of each stage of the dandelion’s bloom. 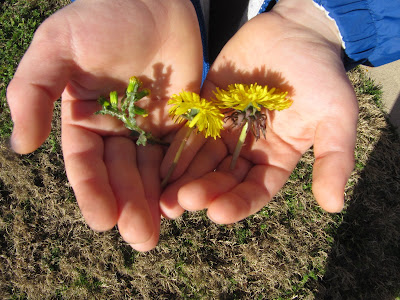 Well, the collection wasn’t really complete until he also picked the full dandelion in seed form ready to blow away. 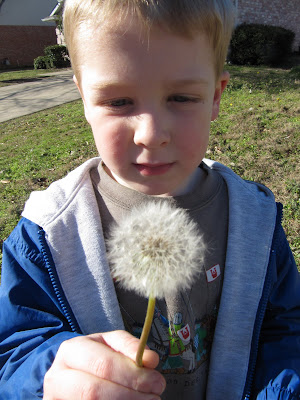 I love the way his mind works and that he not only understands the process of a plant life cycle so well but also that he gets excited about it. But what is absolutely fascinating to me about this story is just an hour earlier, I was at home researching citizen science projects that we could participate in when I ran across a project that perfectly mirrors what he just collected on his own. Project BudBurst engages the public in making careful observations of plant life cycles (phenophases) such as first leafing, first flower, and first fruit ripening of a diversity of trees, shrubs, flowers, and grasses in their local area. As a citizen scientist, you collect this information on plants in your area and then report the data back to the Project where they collaborate your findings with those from other citizen scientists from around the country.

I love citizen science projects because they are usually very kid-friendly and a great way to teach little ones about their environment. We have done several citizen science projects in which we monitor and report on birds that we see in our backyard. But this plant project is a new one for us and it sounds like fun. Project BudBurst has a Simple 5 Step process to participate. Their website even includes a Grades K-6 Facilitator Guide and a Teacher’s Guide.

When we made it home, Nicholas had to hide behind the van like he often does so I have to come looking for him. There isn’t a minute that goes by in this boy’s life when he isn’t wanting to play! 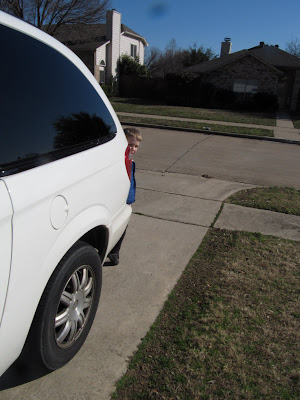 Then he put his dandelion collection with his ever-growing collection of nature treasures outside the front door and we recorded our dandelion findings for Project BudBurst.