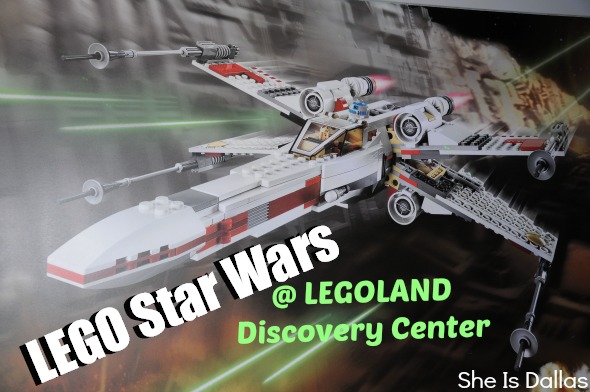 Embark on a journey through the world of the classic film and experience the epic duel between Obi-Wan Kenobi and Darth Vader and watch in awe as the LEGO version of the Millennium Falcon complete with lights and sounds rises from the deserts of Tattooine.   Explore the bustling city of Mos Eisley and take in the busy cantina where the band plays its familiar tune and dangerous characters lurk in dark corners.   View down streets and over dunes to see recognizable characters and scenes before heading off to the mighty Death Star that rises ominously above the dusty planet. 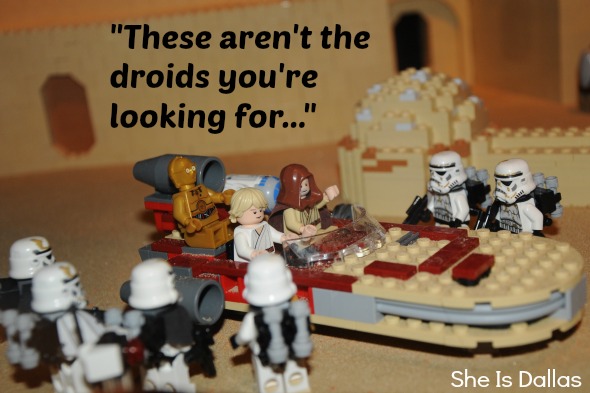 All the miniland scenes have buttons that my kids loved pressing because they could then here the sounds and dialogue that accompanied the scene.  Be sure to look around so you don’t miss some little scenes scattered throughout the displays.

While you are at the Death Star,  peer into its fortress like depths and see the adventures unfold.    My kids loved watching the trash compactor actually close in our heroes and my daughter watched the battle scene between Darth Vader and Obi-Wan over and over again.

My son spent the most time building his Jedi skills on the interactive game to destroy the planet base and bring down the attacking X-Wings. 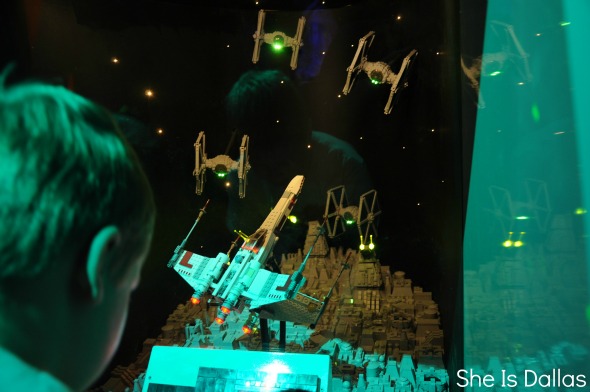 Will you join the Rebel Alliance or will you turn to the dark side?  Come to LEGOLAND Discovery Center at Grapevine Mills Mall and find out for yourself.