The school that my boys attend hosts a festival each year celebrating what they are studying in history.   This year Ryan’s 4th grade class presented A Colonial Holiday Ball. 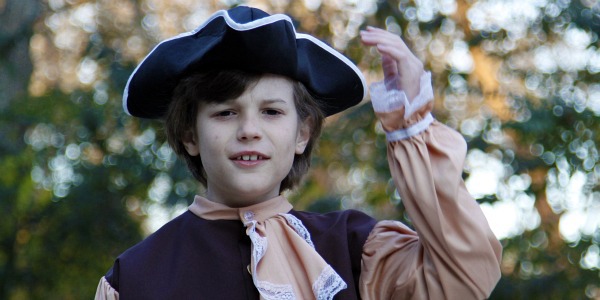 As a fifth year parent in the school, I know to be prepared.   It is usually best to find out BEFORE Halloween what the festival theme will be and find a costume at that time.   Costume availability is often limited after Halloween and I don’t want to be stuck last minute MAKING a costume.

When we found out that Ryan would be a Colonist, blog-Stedman Googled until he found suitable clothing.

Betsy Ross would not have approved.

I realized that I needed Betsy Ross when it was noted that our internet purchase had arrived defective.   One of the sleeves was missing a major seam and was INSIDE OUT. 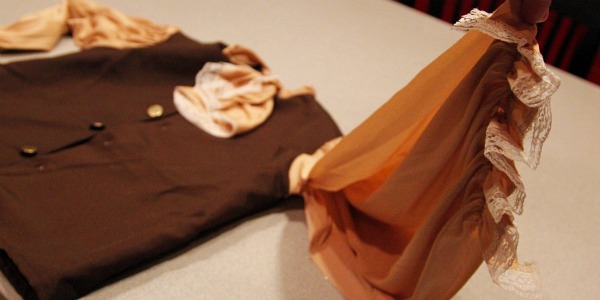 It was going to be up to me to solve this issue and ordering another costume was out of the question.   I decided to ignore the INSIDE OUT thing and just try to replace the missing seam. 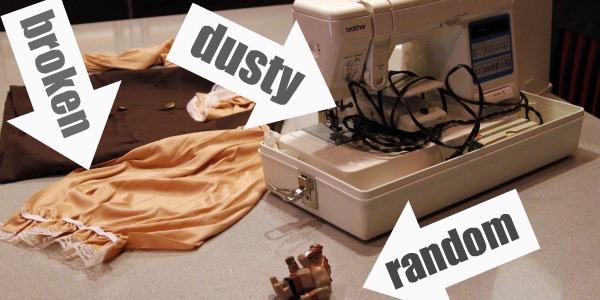 Thankfully, the machine was already threaded with beige thread including the bobbin.

That saved me three hours of manual reading.

Three wiggly seams later and I had completed the sleeve.   It was not pretty.   It was good-enough.

I searched the world over for socks that would be long enough in the boy and men departments without luck.   I ended up trying to sneak one of my pair of white knee socks into the costume, but Ryan was on to me.   It some serious convincing to get him to wear girl socks.

He also questioned the lace trim.   It took some serious convincing to get him to wear a girl shirt.

Are you SURE that I don’t look like a girl?

It took some serious convincing for him to be assured that no self-respecting Colonial GIRL would wear this manly attire.

And then his 4 year old brother started the chant of…

His 4 year old brother was met with swift justice ending in room extraction to a time-out location.

And then his 7 year old brother started calling him Mr. Long Socks. 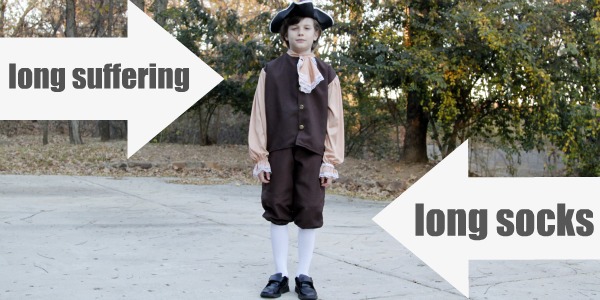 His 7 year old brother was met with swift justice…well, not really because I was laughing too hard.

But if you don’t have the time or creativity to make one of these costumes on your own, this Boy’s Colonial Aristocrat Costume on Blue Digger is perfect. In fact, they have a few different colonial costume options for both boys and girls!

And if you are looking for other every day costume ideas, check out these Dress Up America costumes!