Happy Monday.
*insert whistling of a happy tune of your choice*

Last week here at the Nirvana many of the comments were musically related. I think it must have had something to do with this improved* potluck feature:

*feature disclaimer: The word “improved” in no way assures feature quality in the past or present.

The following is originally by Night Ranger. Because really, what is 80s music without Night Ranger?

We learned about potluck
In the back of a Chevrolet
Well, it felt so good to be young
Feels like yesterday

Thanks to those of you who supplied suggestions and lyrics:
“I Want to Know What Potluck Is” —Louise

with ryan and reid,
if the spit hits the fan,
you got brothers around,
you’re a family man!

then you are set
with a capital R,
which you’ll never forget
cuz you know who you are …
when you’re a rhett,
you stay a rhett!
–Janet I received two visitors from the Google search “June Cleaver with an edge”. And one from “edgy June Cleaver”. I hope the fact that I am teetering on the edge is edgy enough.

I also received a visitor that Googled, “campers decide to have one camper eaten by bear to save…”. Wow. Talk about a story with some edge. I need to find out about this story! I Googled it and found that June Cleaver Nirvana was listed FIRST. Don’t you just hate it when you Google something and you get sent somewhere random?

The history of Holly’s coccyx is here for those of you questioning why Holly mentions her coccyx weekly.

The coccyx report today is slightly better then last week. But I have this pain in my neck…

In response to my random comment lottery system and the never ending fruit bowl saga:

I still can’t believe no randomly selected comments have landed in your fruit bowle>
Thanks Jennifer for your wise observation. You are this week’s Peep of the Week!

The wait is over.
It is now time!
Everyone has been asking…
What is in Holly’s fruit bowl? In honor of Brittany who commented to actual fruit in my fruit bowl last week,

here is a special photo edition of What is in Holly’s fruit bowl: 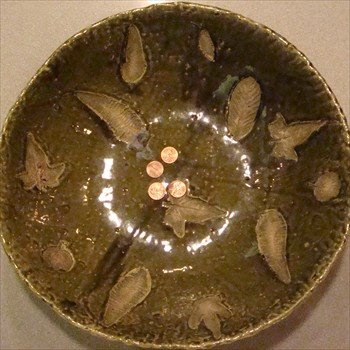 Happy Monday.
I hope today you have a song in your heart.
And I hope that song is not super annoying…

Home » Kids Activities » There is a song in my potluck