Is it Monday already?
Seriously?
I feel like someone put a fold in my calendar last week.
There is NO WAY it is already Monday…

Alright then.
Monday it is.
Potluck, of course.

Today the food is being provided by Manic Mommy. She is bringing over her crockpot full of yummy-ness:

To me, potluck = crockpot – especially those ‘sweet and sour’ meatballs you make with grape jelly and Heinz chili sauce.

I like this idea and have always thought I might be able to tackle this recipe, but have never tried…

Here is where Holly changes the words of an 80s rock song to include “potluck” for her own amusement.

Risin’ up back on the street
Did my time, took my chances
Went the distance now I’m back on my feet
Just a man and his will to survive
So many times, it happens too fast
You trade your passion for potluck
Don’t lose your grip on the potlucks of the past
You must fight just to keep them alive

Face to face, out in the heat
Hangin’ tough, stayin’ hungry (see! he just needs a good potluck)
They stack the odds until we take to the street
For we kill with the skill to potluck

Risin’ up straight to the top
Had the guts, got the glory
Went the distance, now I’m not gonna stop
Just a man and his will to potluck Thanks to Manic Mommy and her potluck contribution I am better prepared to receive Googlers. This week someone went home unsatisfied after Googling, “potluck crockpot”. So sorry!

And to the person that landed on the Nirvana after searching, “Brenda’s feet stink” can I just say, “huh?” followed by “why me?”.

A weekend trip to Houston had me sitting atop a donut for 5 hours on both Saturday and Sunday. It went better than expected–coccyxwise. Can you believe spell check isn’t loving the word coccyxwise? Silly spell check.

*
Reid (5) has been putting a lot of pressure on himself to figure out what he wants to be when he grows up. Daily he comes to me expressing the pros and cons of certain potential positions. Around Halloween he was sure that being a Shadow Trooper would work out for him until I shed a little light on the earning potential of a grown man wearing a Star Wars costume 24/7. Real life can be cruel. So Reid went back to think of something that could support his need for Bionicles. He came back and said with relief, “I have figured out what I want to be when I am big!” He went on, “I am going to be a football man and work at Great Wolf Lodge (an indoor water park).” I am hopeful that the Dallas Cowboys draft him so his commute to the Lodge isn’t too great.
*

In response to Room for Holly’s Teenage Angst: 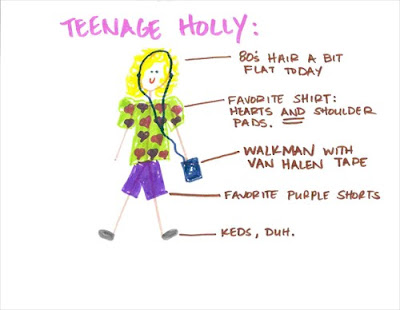 If a teen rolls their eyes and no one is around to see, does it still make them feel superior?

For bringing up a very good question and making me giggle, Weaselmomma is Peep of the Week! Two homemade seal rings that Ryan and I are working on for his second grade Greek festival. One of them has already fallen apart and I am trying to come up with a plan B option for seal ring construction.

May YOU, this Monday…”Rise up to the challenge of our potluck” or some Rocky crap like that…