I have been taking pictures consistently {OK, obsessively} for over 10 years.   It is no coincidence that my oldest child is 11.

It started with a small point and shoot.   A few years ago I progressed to a SLR.   Up until last week I was using a combination of SLR and my iPhone. 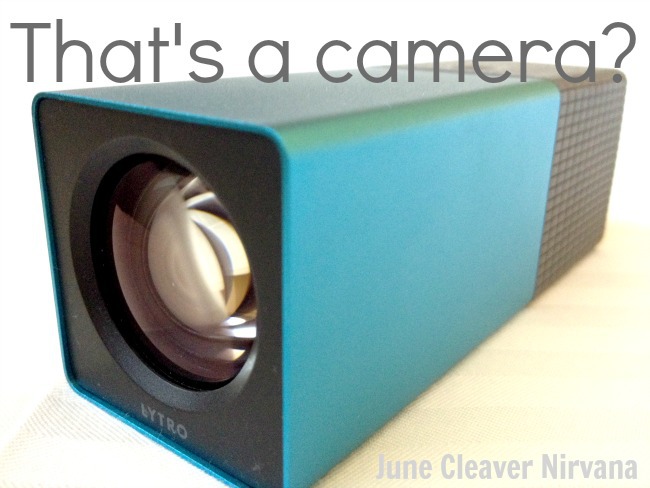 Lytro is new technology and when I learned about it, I had to have it.

Unlike a conventional camera that captures a single plane of light, the Lytro camera captures the entire light field, which is all the light traveling in every direction in every point in space.

What caught my attention was that you focus AFTER the fact with Lytro.   Considering the kajillion fuzzy photos in my digital picture archives, this may be the camera for me!

It requires minimal interaction to take a photo.   I can then focus the picture on the camera or after I upload it to my computer.   In fact, after I share the picture they can be re-focused by those who see them.

You can change the focus on the picture below with one click over the spot you want to be the primary focus.   You can zoom in with a double click:

The pictures are extremely easy to take.   I found there is a limit as to how close your subject can be, but once you have a little space the focus and re-focus feature works great.

There is no flash so I was interested to see what happened when I took indoor shots.

This was taken on my indoor grill.   The color is much truer than the one I took with my SLR and there has been no cropping or editing on this.

The drawback I see is that these are not normal photos.   You can’t just crop and edit them like you would a normal digital image.   Lytro is in the process of rolling out editing capability, but it appears like it is still in the Lytro format but may be able to be transformed into a .jpg.

I have two suggestions for making Lytro better:

Despite the limitations, it is really cool.