One of the roles of motherhood that doesn’t seem to be well defined in parenting books is that of censor.

I guess I expected with three boys I would be a referee and frequently blow the whistle on physical fouls.

It is the frequency in which I have to enforce the code of conduct for verbal infractions that surprises me.

There are the easy calls.

The black and white.

I know them well and they usually include some sort of potty language…literally, toilet talk.

And in my house the especially clever throw in a reference to one’s hindside for good measure.

Oh the joys of motherhood.

But what about the gray areas?   Where does the rule book start and stop?   What is a mother to do about the current popular childhood rhymes?

I myself have suffered from purple dinosaur hate, so my censorship ruling on this one has been to ignore it.

OK, I believe the largest infraction here is that it isn’t even clever.   C’mon kids! Show some sense of literary cohesion.   Again, the censor ignores.

Knock.   Knock.
If you don’t play with me.
I will kill your family.

Holy crap!   I am raising serial killers.   And to make it worse, the verse isn’t even catchy.   The censor ruled that the verse was completely inappropriate and a tad bit disturbing.

I was a little frightened when I overheard the last one yesterday.   I watch Law & Order and know where this sing-song extravaganza can lead!

And then my mind wandered to actual nursery rhymes.

And when the bough breaks,
The cradle will fall
And down will come baby cradle and all.

I just feel like the violence in this one is unnecessary.   Why does the bough break?   Why does the cradle need to fall?   The subject matter seems age inappropriate for a baby, but my inner censor would choose to ignore it.

Jack be nimble,
Jack be quick,
Jack jump over the candlestick.

First of all, playing with fire isn’t something we sing about in a positive manner. Secondly, where is Jack’s mother? Because of the scarce availability of completing this encouraged activity in my house, no censorship action is necessary.

Peter, Peter Pumpkin Eater,
Had a wife but couldn’t keep her.
Put her in a pumpkin shell,
There he kept her very well.

The only thing clever about Peter seems to be his ability to make adultery, kidnapping and holding a hostage palatable.   I mean, if you substitute basement for pumpkin shell, Peter would be serving a life sentence.   Talk about raising a serial killer. The censor rules that this verse is completely inappropriate and a tad bit disturbing.

After considering the historical context of my kid’s rhymes, it is clear that I should hold off on the censorship as to not quash the updated edition of A Child’s Garden of Verses. 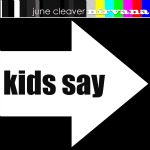