Word games are a great way to learn vocabulary, parts of speech, and entertain your child – all at the same time!   Check out this creative way to make your own word game on the fly… 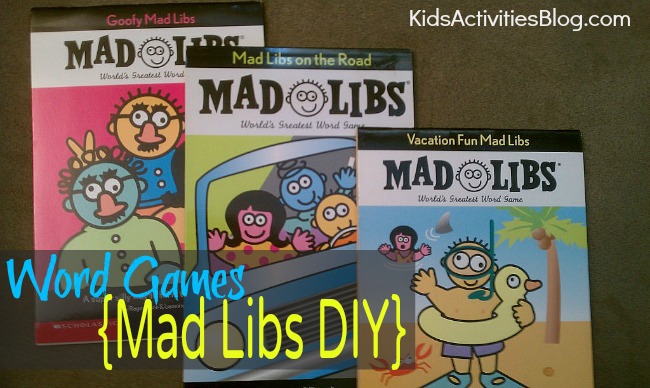 My family and I are still on our vacation at the beach and the kids have exhausted all of the toys we brought with us “ still with several days to go.   This is when it becomes time to think quickly and be creative with what we have on hand.   How about some word games?   The boys love stories and are always asking for whoever isn't currently occupied to tell them one.   So, since it was nearing bedtime, we decided that they could help tell a story ¦ Mad Libs style!

Mad Libs has been a favorite game of ours for years (even before kids) “ we usually kept a book in the car, took one with us camping, and there was often one in a beach bag.   For those of you who aren't familiar with Mad Libs, it is a book of little stories, sometimes themed, where key words are left out.   The players are asked by the scribe to come up with a noun, verb, adjective, or adverb, or occasionally a specialty word such as a number, color, or person in the room.   Only the scribe has any idea what the story will be about.   The others must just give their answers and wait until the story is read aloud and their words have been plugged into the blanks.   This is when hilarity ensues.   Usually, the story ends up being pretty ridiculous and everyone gets in a good chuckle.

Unfortunately, we didn't have a Mad Libs with us at the beach this year.   Therefore, we decided it would be fun to create our own with a familiar story.  One of our all time favorite books is Goodnight Moon by Margaret Wise Brown.   Having read or told my son this story almost every night for the past 3 ½ years, I know it pretty well.   So, even though I didn't have a physical copy with me, I started to jot down the text on a scrap of paper.   Here is the original text (since I don't have the book in front of me, please excuse any errors in punctuation, capitalization, etc.):

Here's what I prepared for our own Mad Libs game: 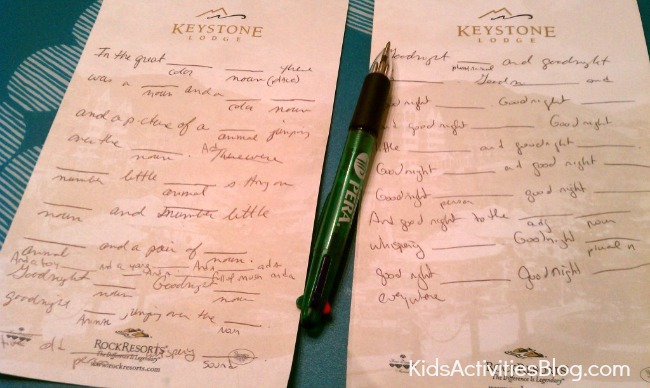 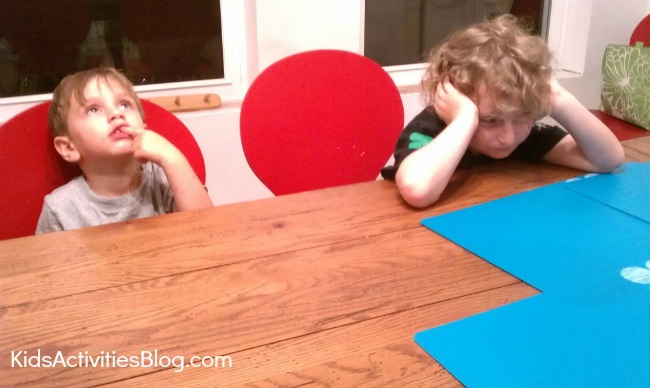 Now, although toddlers and pre-schoolers may not yet have a good grasp of parts of speech, there is no reason why they can't participate in this activity.   My six year old nephew had a better understanding than my 3 ½ year old, but we were able to explain it to him well enough that he could answer.     We told him that a noun was a person, place, or thing, then revised it to be something he could see or touch.   We also tried to skip around to give him the easier ones like color or animal.   They did not know which story they were working with, and did not know what to expect when it was done. 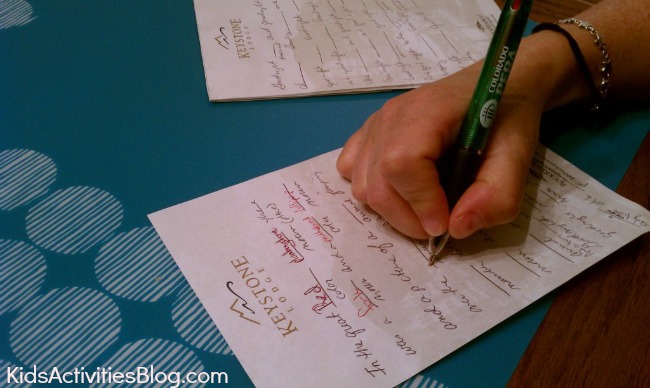 This story proved to be slightly more complicated because of the repeated words and phrases, hence the reason I numbered the blanks.   That way, I knew where to insert the word the second time it appeared.   Normally in Mad Libs, the story is more of a narrative and there is no repetition.   Next time I do this activity, I ™ll choose to use something like Cinderella or end up with a story like Snow Purple and the Seven Lizards.   Still, this is now one of our favorite word games and it brought about lots of laughs.   And, of course, we now have to tell this version of the story every night before bed.

If you want to play word games like this at home (which I highly recommend), you have a few different options.   You can take one of your child's favorite books and use the text provided or, if it's a long story such as a fairy tale, you can write your own summary.   There's also nothing stopping you from writing an original tale such as Our Summer Vacation  or My First Day of School.   After all, kids love hearing stories about themselves!

One thing to remember is that not every word needs to be left out either.   You need to have the story make sense, so only leave out a key word here and there “ sometimes nouns, sometimes verbs and don't forget about adjectives and adverbs!   This is a great introduction to parts of speech, so take the opportunity for a teachable moment.   But, overall, just have a great time and lots of giggles.

For more word games and kids activities about reading, you might be interested in some of these ideas: