The first ‘Hank the Cowdog’ book was published in 1982. Nearly 40 years later, and more than 70 books, the series is still winning over a whole new generation of readers.

When Will the Hank the Cowdog Podcast Launch?

Similar to the books, the podcast will start with a classic line: “It’s me again, Hank the Cowdog!” The five-episode podcast features a line up of stars.

In addition to McConaughey, expect to hear the voices of Kirsten Dunst, Jesse Plemons, Leslie Jordan, Cynthia Erivo, Joel Edgerton, Michael Shannon, Scoot McNairy. While the podcast is written by Jeff Nichols (and directed and executive produced), the original creator, Erikson, will still be a part of the podcast as one of the character’s voices.

The podcast will also still feature a variety of “tangled mysteries and capers” that fans of ‘Hank the Cowdog’ have come to know and love. But there’s also something new to look forward to: original music numbers to accompany the stories.

So when will these fabulous tongue-slobbering episodes launch? September 14!

How Can You Listen to the Podcast?

The new ‘Hank the Cowdog’ podcast is available through Apple Podcasts as well as QCODe and other major podcast platforms. Want a sneak in a listen and hear Matthew McConaughey as Hank? Check out the podcast trailer here.

As an Amazon Associate, kidsactivitiesblog.com will earn a commission from qualifying purchases, but we wouldn’t promote any service we don’t love! 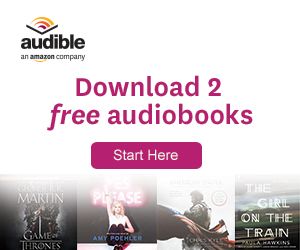 Get two Audiobooks for FREE when you sign up for Audible! Click HERE to find out how!

Liz SanFilippo Hall is a freelance writer/editor and work-at-home mama who writes about everything from food and travel to parenting, self care, and books. Some of her work can be found on CBSLocal.com and SelfSufficientKids.com. She also talks about all the ups and downs of parenting and life on her blog Oops & Daisies. .