Home » Kids Activities » Activities For Kindergarteners » This Is The First Body-Positive Children’s Book and Everyone Needs It
7shares
Kids love to see themselves reflected in the toys they play with and the books they read. While there has been a push for diverse voices in kid lit as of late, stories of accepting our physical differences are few and far between. That’s just one reason, of many, I’m so excited for the new body-positivity book Her Body Can from bloggers Katie Crenshaw and Ady Meschke. 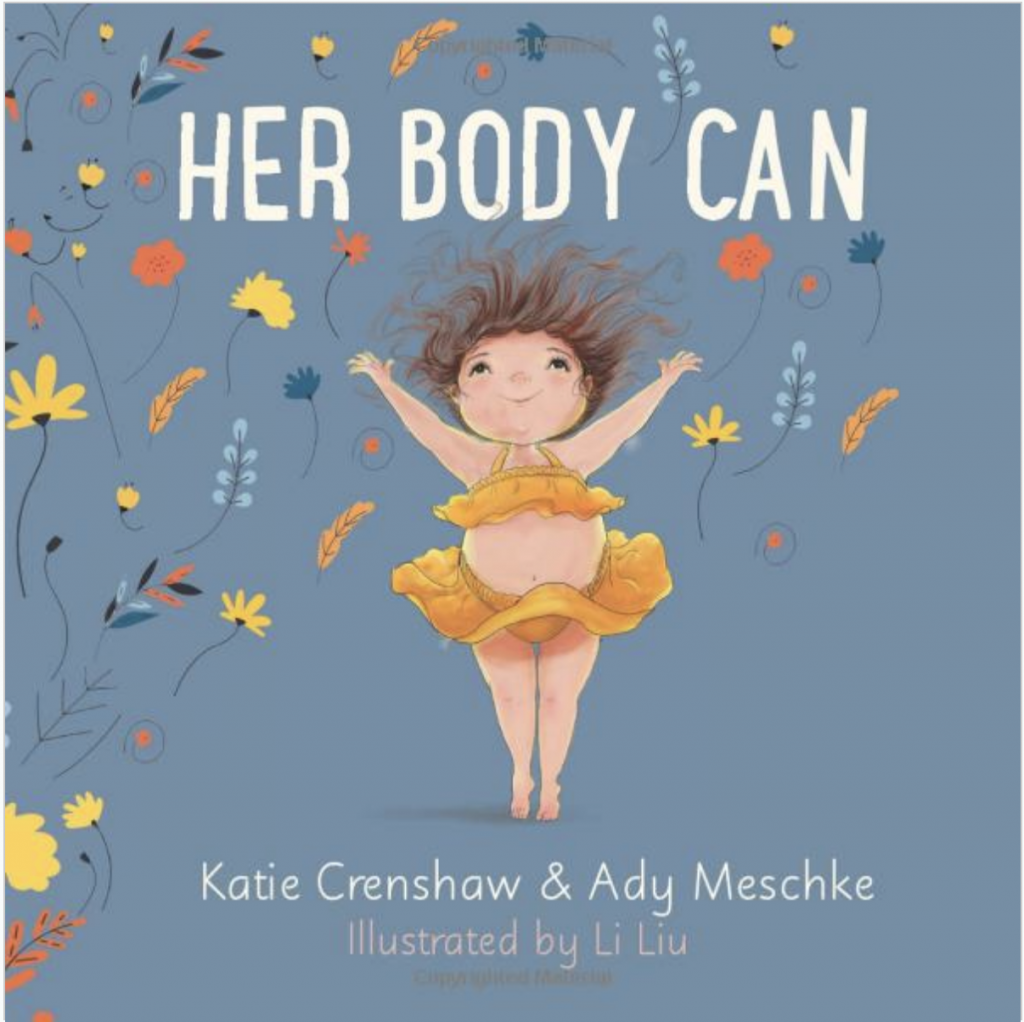 About “Her Body Can”

Their new book, “Her Body Can,” features a young plus-size girl who proves to herself all the things she can do. 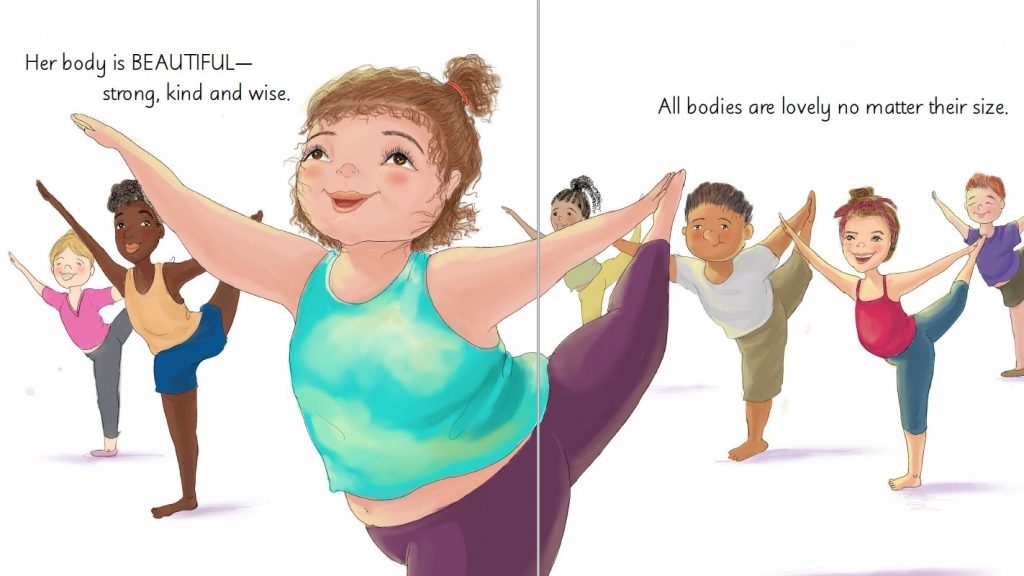 Throughout the picture book, all sorts of people are represented. The characters are not only different sizes and races but also have various hairstyles, religions, physical abilities, and more. Written in rhyme, it shows girls how to reframe the world they live in. It also teaches them, without being didactic, to be more accepting not only of themselves but others too. 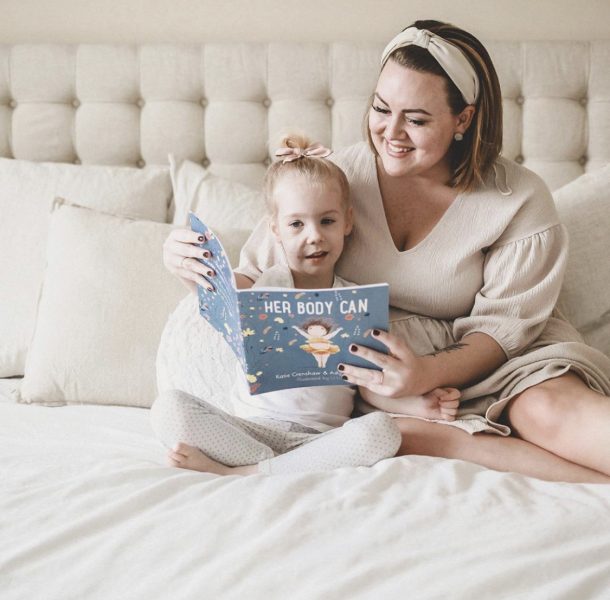 Body positivity is currently a huge trend for adults, but, as most women can relate, that lack of confidence in our bodies starts much, much earlier. It starts when the words of others tear young girls down, rather than lift them up. 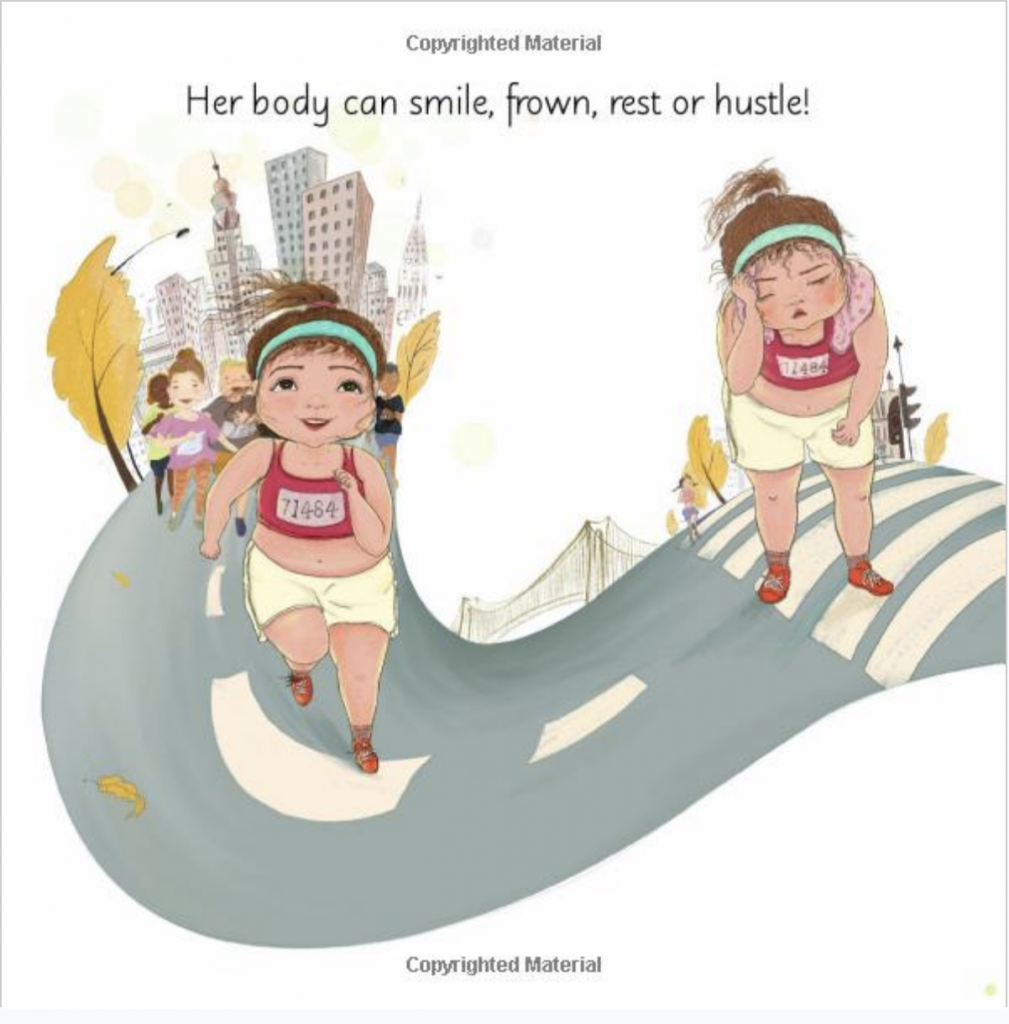 As Meschke told Glamour in a recent interview:

“My whole life I heard, “Don’t wear two-piece bathing suits, don’t wear white, don’t wear color, don’t wear crop tops,” so we made it a point to have our heroine wear every single thing we were told we couldn’t wear because of our size. We want to change that narrative for the next generation of children.” 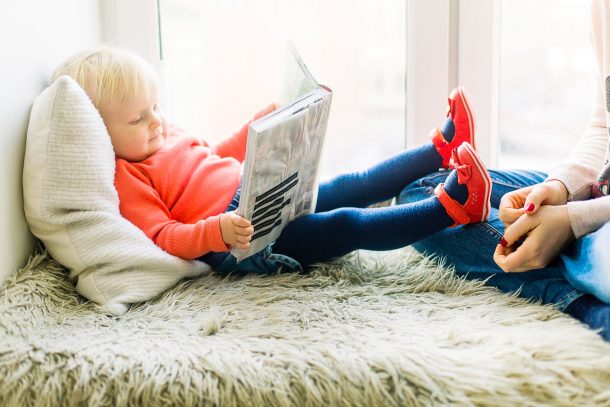 Why Body Positivity for Young Girls is Important

They want young girls to internalize positive messages related to their body, not negative ones — and that’s a big goal. It’s also a cause that has long been near and dear to their hearts. Crenshaw started the movement #herbodycan, which focuses more on the things our bodies are capable of doing, rather than on appearance.
“Her Body Can” may have a target audience of young girls eight and under, but they aren’t the only ones who will benefit from the story. I have a feeling that adults too will respond to the book’s beautiful message. 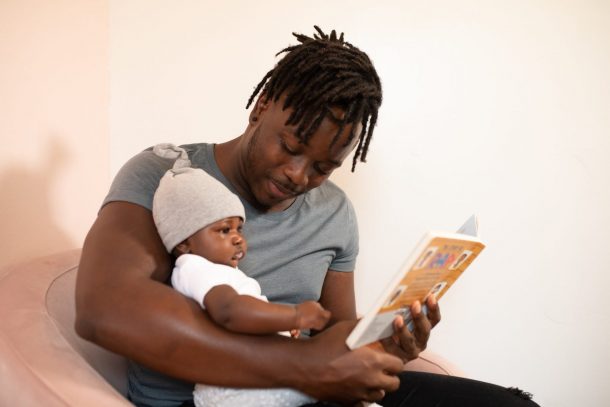 Their book not only acts as a conversation starter with our kids about body positivity, representation, and acceptance, but it is also a fun, uplifting story that you’ll be okay with reading to your kids again and again.
Bonus: the authors promise that other body positivity books — with characters found in “Her Body Can” — are also in the works. You can get the Her Body Can Book on Amazon Here.
7shares

Liz SanFilippo Hall is a freelance writer/editor and work-at-home mama who writes about everything from food and travel to parenting, self care, and books. Some of her work can be found on CBSLocal.com and SelfSufficientKids.com. She also talks about all the ups and downs of parenting and life on her blog Oops & Daisies. .

Previous Post: « Zebra Zentangle Coloring Pages Printable
Next Post: This Mom’s Genius Hack Will Come in Handy The Next Time You Have A Splinter »