The elf is making his own version of snow angels tonight and it could get very, very messy! 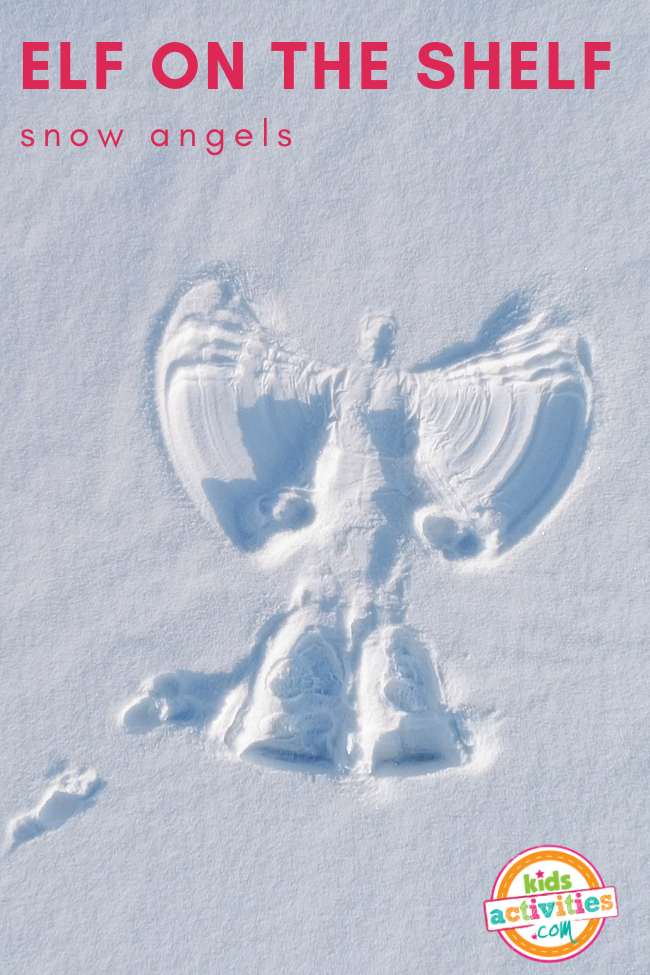 Tonight the elf is going to need your help to craft a winter snowscape. Since bringing snow indoors isn’t such a good idea (nor will it last until morning!), he’s going to use baking flour instead.

If he’s a messy elf (and we know he is), he may just pour a big pile of flour on the kitchen counter and make elf “snow” angels that way.

If he’s a little bit less naughty, he might want to put the flour on a baking tray first. Either way, those bags of flour are heavy and he might need someone strong to get them from the cabinet!

There’s no printable for this activity, but it’s easy to set up! Put some flour on a baking tray or on the counter and have the elf make snow angels by moving his arms and legs to the side. It may be tricky for the arms, but try going overhead and moving them gently from side to side.

Brandi is insatiably curious which has served her well in my roles as mother, teacher, homeschooler, writer, designer, personal trainer, youth exercise specialist, and more. You can find her at Mama Teaches where she talks about teaching, learning, growing, and thriving! Reach out! She'd love to meet you!

Previous Post: « How I Make Money Working from Home
Next Post: Letter L Craft — L is for Lamp »