My 6 year old came home from Kindergarten the other day with the assignment to learn how to draw a straight line. 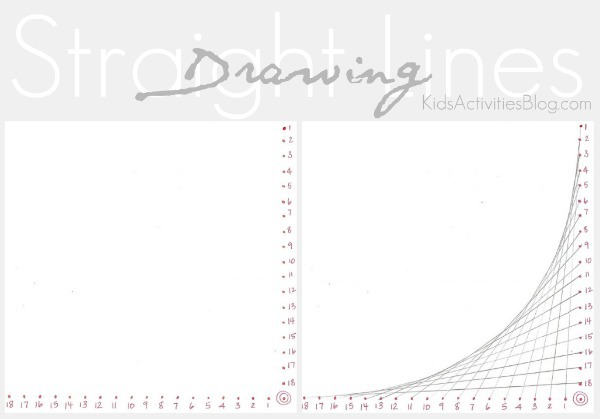 I had never thought about the coordination involved in using a ruler to draw a straight line!

We decided to have a little fun with the task.

First, I drew 18 dots on a right angle {see above}.   I numbered them from top to bottom and then right to left.   I helped him line up his ruler on this number pair dot to dot.

It took Rhett a few lines, but then he recognized the pattern.   It was the same pattern we have on our homeschool room wall.   He helped me with the wall string art: 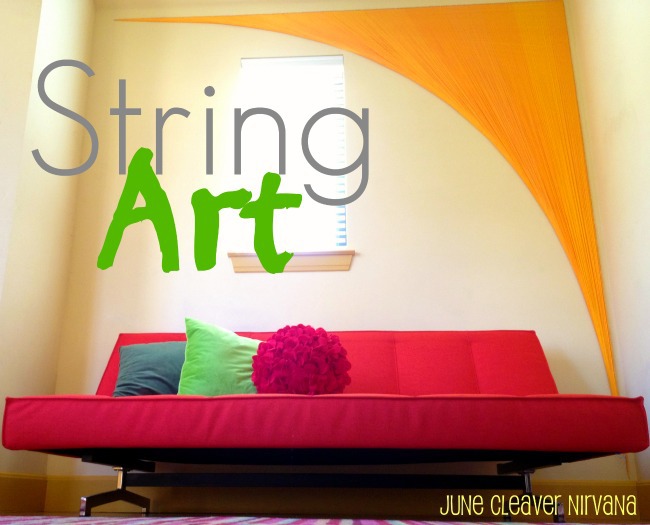 Even though he helped me with the string, he hadn’t thought about how it was STRAIGHT lines that created a curve until we recreated it on paper.   At that point, he was really excited to draw straight lines…by himself.

So I simplified the pattern and placed the dots a bit further apart.

I drew two parallel sets of dots that were 1/2 inch apart on a piece of paper.

My lines had 13 dots {no reason other than it fit nicely in the space}.

I then made several photocopies of the page so that we could experiment with numbering them various ways.

For the first trial, both lines were numbered sequentially down starting at the top.

When Rhett drew lines between matching numbers, he ended up with 13 parallel lines down the page.

I helped a little with the ruler placement, but it was something that he got better at as he progressed.

This created a little “dot to dot” seeking for Rhett to find the matching number.

It didn’t take him long to figure out the pattern and then he started guessing what the “picture” would be.

I think we ended up with a very nice bow tie!

On this one, I mixed it up a little by keeping the middle number, 7, parallel.   Then the top portion was numbered from top to bottom on one side and from bottom to top on the other.   This was repeated on the bottom half as well.

This one caused Rhett much delight because just when he thought he had it figured out, the top portion was completed in a small bow tie.

He quickly figured out that the bottom was a mirror image.

After all that straight line drawing practice, Rhett was ready to choose his own pattern.   I handed over the pen and he took great care in adding the numbers all by himself.

He had realized that he would need matching numbers on each line.   I prompted him to add the same number to each line before he went on to the next number.

This would help him stay organized and not end up with unpaired digits.

Once we got into this project, I realized how many different math and art concepts we were touching on by playing with straight lines.   The variations are literally endless.   This was also something that we could do together if we wanted to make really, really straight lines.   Or if Rhett wanted to work on his own, he was learning coordination and exploring what pictures numbers can draw.