Every week, we share stories on our Facebook page.  We recently shared a story about a mother being judged when someone accused her daughter of being lazy.  Most people judge a book by the cover… but it is what they didn’t know that makes it hard.  A child with ASD or SPD doesn’t show it… 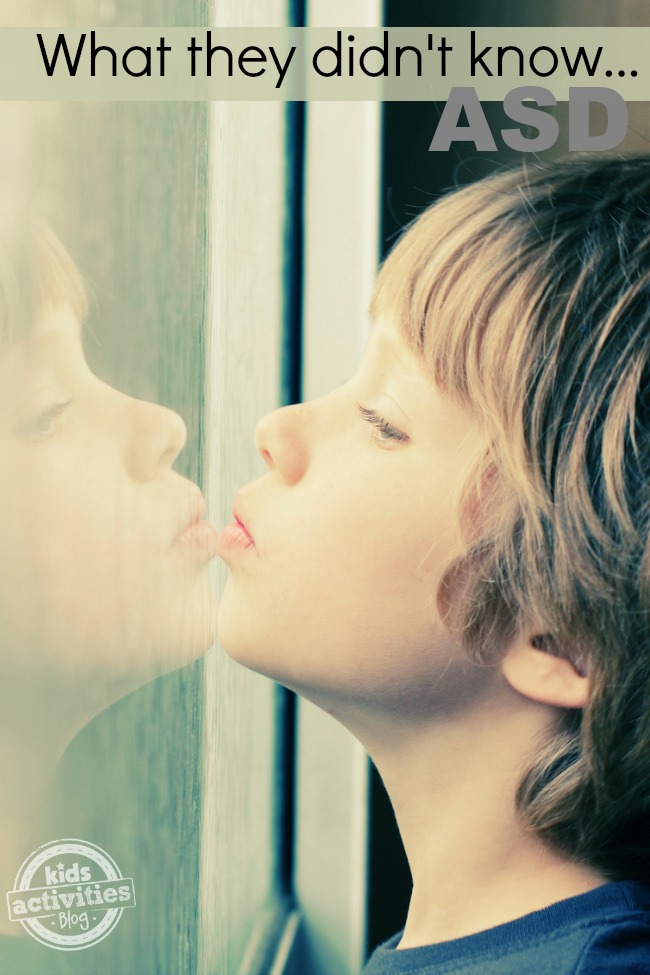 After posting that story, we heard from many parents.  This story touched my heart…

“My boy has ASD: Autism Spectrum Disorder.  Features of these disorders include social deficits and communication difficulties, stereotyped or repetitive behaviors and interests, sensory issues, and in some cases, cognitive delays.

Our son is just over seven years old.  He is sweet, caring and a really lovely, sensitive boy.  We go to the hospital often, for check-ups or if he isn’t feeling well.

During our last visit, there was a mix-up on the paperwork.  We were supposed to be next for an exam of our son’s tummy (it was upset). The child that was in line after us had the same complaints: upset stomach. By mistake, the nurse called out the other little boys name instead of ours. The doctor, however, had the paperwork of our son, with the note that said that our son had ASD.

When they took the other little boy back with our son’s paperwork, the doctor noticed that it was wrong.  About five minutes after they took him back, the other boy (slightly older than mine) strolled out and sat back down to wait for his turn. Before he sat, the doctor looked at him and said, “Why didn’t you say this wasn’t your name? I was surprised to have such a nice kid with autism”.

I was too flabbergasted to say anything.

The doctor looked at me and turned red… too embarrassed to say anything.

I never confronted her.

Now, looking back, I wish I had. We both knew about it and it was in the air… it was the elephant in the room.  I should have stood up for my son and I didn’t.  She should have apologized and she didn’t.  We could have broken the barrier.

And I’m sure she realized that, as directly after she tried to be super nice to my child, who was just confused and tired.

We had been kept awake the previous night, as he needed to be able to fall asleep on command at midday to have his EEG done when it was convenient for the hospital staff. We were both sleep-deprived and tired. My son was also scared of tests (a year before this, he had broken his arm and suffered a great deal in hospitals.)

But she didn’t know that.

To her, he was just “a kid with autism” and by definition he was going to be difficult and well… just not nice.

To me, he was just “my son” and by definition, he was going to be loved… no matter what.

So, to any parents dealing with judgement, I want to say that I understand.  I have been there and I am there.  I know that no one understands what it is like to have child like mine or a child like yours. We know, because we are the ones that get to hold our child, to rock them, to sing to them, to hug them, to tell them I Love You. We are the ones that get to see their gifts for what they are. It takes a set of eyes filled with love to discover all of those gifts.”

I loved this… we need to take a step back and look at the world in a new way, with an open mind and an open heart. Not every child is like the next, just like not every flower is the same… it doesn’t make one more beautiful than the next, but makes them both beautiful in their own way.

Find more stories of hope and encouragement on our Facebook page.   In the meantime, check out this story of being a mother when things aren’t going our way.