I’m not  sure why, but I won’t complain because the Angry Bird theme makes for some simple fun and not to mention these awesome 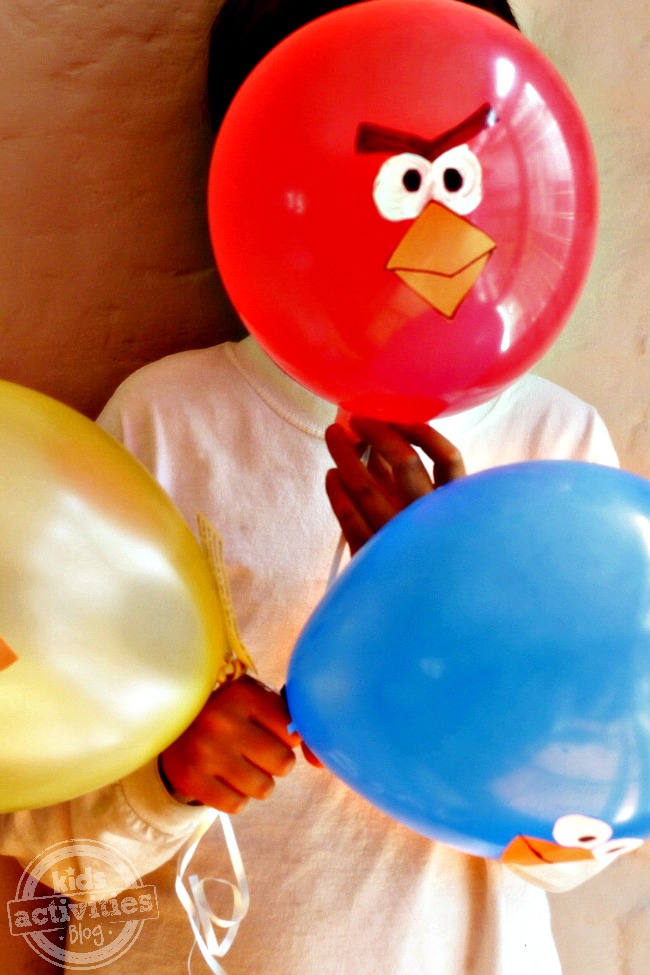 What we loved about this balloon craft is that it’s so versatile and they played with it for a good hour.  Here are some of the things they did with their Angry Birds balloons.  We played some of these at our boys birthday party and the boys loved it so much that they continued the fun weeks later after their party.

Here are some tips for getting the Angry Bird faces on your balloons. I tried painting them on because it seemed easier than cutting tons of faces out but that didn’t work so then I tried using a magic marker and that worked fine but it was still time consuming. So finally, I gave in to cutting out little Angry bird faces that I found online and glued them on.

Don’t Drop the Angry Bird – Just bounce it around in the air and don’t let them fall. 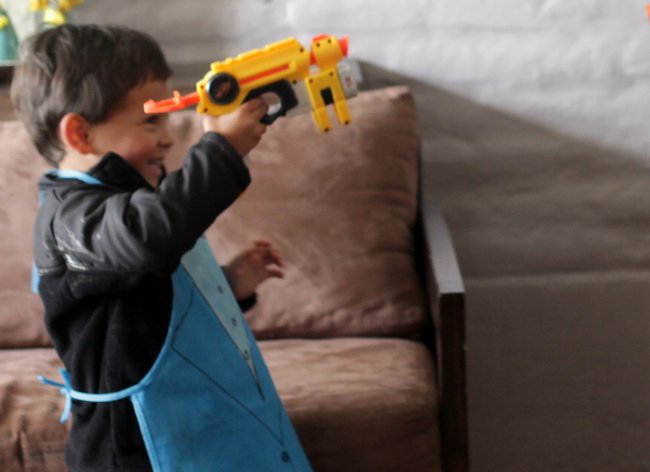 Angry Bird Target Practice – They lined them up and tried to shoot them with their dart gun if you’re playing inside or a slingshot if you’re playing outside.  We didn’t do this but you can easily make some Green Pig bean bags and they can try to hit the Angry Bird balloons.

Angry Birds Water Fights – For this one you’ll need to be outside. You don’t necessarily need warm weather. If it’s still chilly have them wear their rain gear and give them the angry birds water balloons.

Please, please, please make sure your child is at a developmental age where balloon parts and pieces will NOT go into their mouth.  And as always, supervision is KEY!

Mari Hernandez-Tuten wears many hats throughout her day: mom, wife, friend, counselor, speaker, missionary, and founding editor of the Ezine, Inspired by Family. Our Ezine is a place full of creativity, laughter, celebrations, encouragement and good eating that we hope spills over into your home. So have a seat, grab a cup of Cafe con Leche, and let's get inspired! You can find us at Inspired by Family Magazine on Facebook or Twitter as @InspiredFamily_.