Summer is time for the family road trip! Follow Kids Activities Blog and Julie Blair and her family as they travel 8 states in 30 days for the ultimate road trip story ¦

If I had my way, every American would visit the National Mississippi River Museum  & Aquarium in Dubuque, Iowa, as it offers information critical for kids and the adults raising them on  the tragic state  of  our nation’s most important water sources. 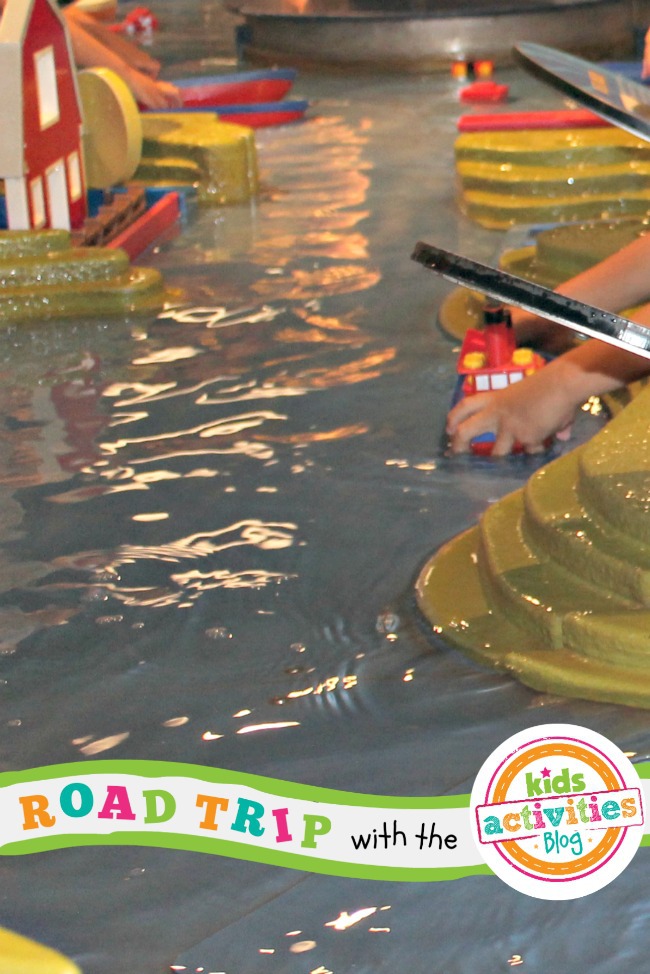 I’ll admit, I  was skeptical at first.

Unless you live in Wisconsin, the museum is hard to get to. And frankly, my 10-year-old twins found the subject of rivers yawn-inducing. But because  we all  love Mark Twain and find paddle boats quaint, we drove eight hours through corn fields to get there.

What we discovered was a sophisticated,  compelling conversation on the Mississippi River’s past and the current state of it and other American rivers.

Our rivers produce irreplaceable fresh water for our entire nation–and 40 percent of them are now so polluted they are unfit for swimming and fishing.

Elizabeth, who hopes to be a marine biologist, found the photos of deformed frogs most disturbing. This is the result of our dumping medicines like anti-depressants into rivers.

William spent a long time reading about oil pollution, examining the long beams made of human hair used to contain spills as well as the oil globs themselves.

And our manny Joel  was shocked by the numbers: He learned that  American trash tossed into rivers  forms a  refuse “raft”  the size of Texas–annually. It bobs along the waterways until it collects somewhere near the Hawaiian islands.

Charlotte was the only one who came away happy: She loved the water play offered on the museum’s second story. Furthermore, she is still asking to return to the museum’s gift shop, which offered three shelves of  stuffed mermaids for sale.

The rest of us sorrowfully retired to the museum cafÃ© for fare that aimed to be ambitious but was merely amiable.

That said, the cafÃ© view of the Mighty Mississippi was breathtaking.

But as we sat there in silence eating,  we wondered  how long it would continue to be so.

Julie Blair is a freelance journalist based in the Dallas area. She has written about local, state and national education issues for more than 10 years. Ms. Blair is also the author of the book Building Bridges With the Press: A Guide for Educators. 