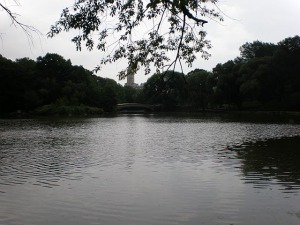 Recently, a dear friend’s husband past away tragically. It is presumed that he may have taken his life. I received the news the week of my wedding. The week had begun with excitement. I was about to be a bride the following weekend! Stress began to come slightly and I hoped that by that Saturday, I would be at ease.  I received a telephone called from the sister of the wife. She was one of my photographers. She basically said that she would not be able to take pictures because of a tragedy in the family. I quickly went over to the home of the wife’s parents…and there she was. We had just met for dinner that previous weekend and had decided that our husbands should meet finally.

My dear friend wanted her husband to have more friends and accountability as he walked through life. We were excited! I told my fiance at the time and he was excited to encourage another brother in Christ; however, two days later that meeting would never happen. For a reason beyond us, this man was gone. Right when his life was getting better and his family was beginning to slow down their life schedule, and he was about to have the community that he should have had all along, he was gone.

That week of my wedding my entire reason for living was brought to a renewed perspective. The frills of wedding plans and the hustle and bustle of getting things together became a side thought next to the reality that life was sacred. Community was sacred. The trivial things we worry about in life…like which favorite tune should be played at my wedding, did not matter at that moment. I was just happy to be alive and well, about to marry the love of my life. Life became so precious and the importance of community was so real to me more than ever. The Greek word for community is Koinonia. It suggests an intimate gathering where people can live life together.

This community can share their hurt; share their fears…share their joys. Sometimes in life we put off reaching out to people that need us the most, because we are too busy, or we don’t see the importance of sharing our life. But sometimes a matter of days can be too late.

The week of my wedding was not tainted by a death, but it was brought to a new perspective that helped me see again the beauty of love, joy, and family and friends coming together. I came to my wedding day excited to begin a new journey in this life; I was excited to have breath and the ability to still experience the exuberant feeling of love and joy.

My faith was strengthened as well as some relationships. My dear friend is now a widow suddenly, yet I am very encouraged by her faith. She and I are now leading a group of women in a book study in North Dallas to encourage others and grow. We are very excited!

This community the Greeks called Koinonia is so sweet. We humans need it. We were created for it. Let us share our lives with others when given the opportunity. It will be worth it.