Home » Kids Activities » Project Baby Surprise “ CBS-11 Behind the Scenes; Ready for My ¦please, not so Close-Up.
0shares

As if having Burb Mom follow along as we keep baby boy or girl a surprise for John & Kaysie wasn't cool enough ¦now CBS-11 is in the game!

I was sitting in jury duty about 3 weeks ago when Kaysie calls me and says, I hope you don't get mad. 

Hmmm ¦why?    I replied, confused and a little concerned that she was trying to tell me that they had spoiled the surprise.

Well ¦  she started, then quickly rolled the rest off her tongue, ¦because I e-mailed the local TV stations about us keeping the surprise with Peekaboo and Burb Mom and now CBS-11 may be interested in following Burb Mom following Peekaboo following us!! 

I took it all in and then thought only one thing, My hair!    Being a small business owner doesn't always allow time for proper self maintenance!   When would they want to come out?   Today?   Tomorrow?   I ™m in jury duty.   There wasn't enough time!   Do you hear me?! NOT ENOUGH TIME!!!

In all seriousness, I was thinking about more than just my hair.   I was thinking about my hair, my interview, our nursery boards, my crew, and, of course, what pants I could wear to minimize the boo-tay.   All while concerned if my business was good and solid enough to fair such publicity.

After talking with executive producer, Aaron Wische, and later meeting Aaron and photographers Manuel & Vince, my worries were behind me.    They are true professionals and a lot of fun.

Before calling Aaron, I called Holly ¦ what do you think?    Not only was she totally on board, she wanted to film the filming of the whole thing!   That's been a blast ¦watching Holly with her camera filming the guys with the big cameras! 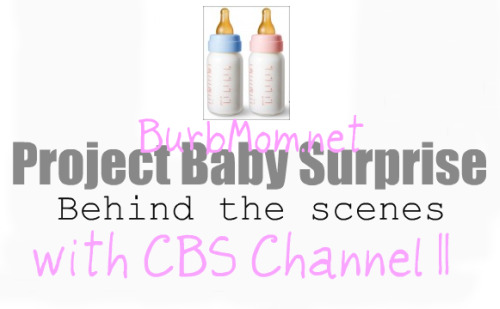 Though, Kaysie swears that Holly is trying to set up scenarios in order to get better video.      Evidently she was slow to tell Kaysie that she had a bug crawling up her shoulder during their interview with Aaron.   According to Kaysie, she hoped to get a reaction as she was being attacked by the bug.   Much to her dismay, John, saved the day.   I think Holly may have worked for Big Brother in a previous life!

Here is Holly’s behind the scenes look from the first session:


The whole thing has been really fun.   Besides everyone on the Peekaboo Team fighting for our good side,  to be camera side out, it's been smooth sailing.   They ™ve been right beside us through our board presentation, our strategy sessions, they even went to the sonogram with Kaysie & John.   Which reminds me, BIG THANKS to North Central Women’s Health Care Partners in McKinney for their cooperation.

This week they're coming out to shoot the Peekaboo No Peeking Team as we secure the nursery by changing the  locks,  covering the windows and doors and taking all precautions to deter pesky peekers!   After that, the secret boy or girl nursery work begins.

Catch up on Project Baby Surprise –

Girl Nursery Fit for a Queen