Bacon for a year.

We are giving away bacon for a year. 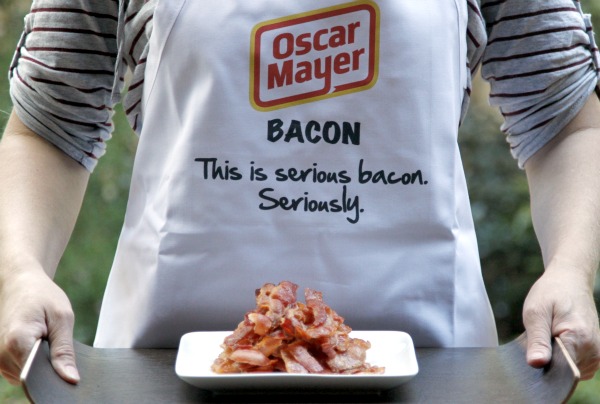 We wouldn’t joke about that.

This week is National Oscar Mayer Bacon Week!   It doesn’t seem fair that schools are still in session and government workers are still on the job, but hopefully Bacon for a Year will create lobbyists in Washington for WHAT IS REALLY IMPORTANT.

I was tasked with creating something with bacon.

And taking bacon out of its natural state? 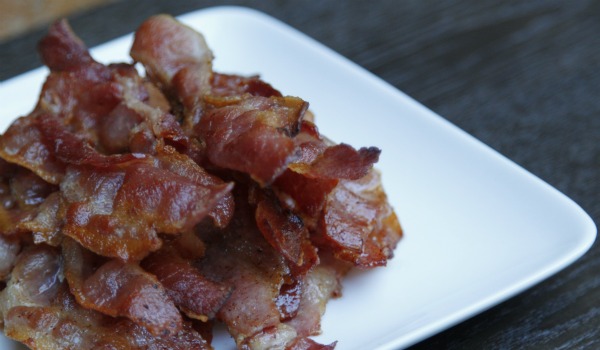 With good intentions, I cooked up a package of Oscar Mayer Center Cut Bacon {Original}.   We eat bacon all the time.   It is a favorite at our house.

Several years ago I was driving my older boys to school in the minivan.   Out of the blue, my three year old said, “Mommy, why is bacon so good?”

Why IS bacon so good?

The bacon was all cooked and the pictures taken.   I left the room for 2 minutes and when I returned…

The bacon was gone.

Two of my boys had eaten it plain and my oldest had made a bacon sandwich.

They didn’t even leave me a strip.

I am left with describing one of our favorite ways to eat bacon.   It is in my super easy potato soup. 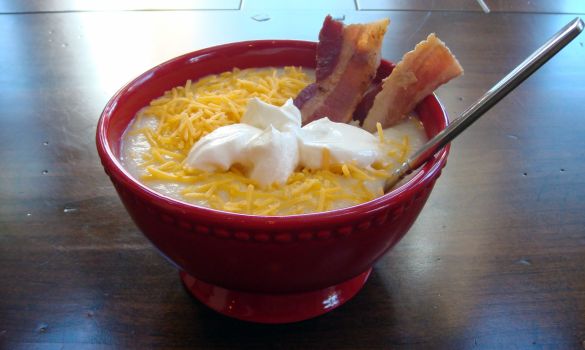 The potato soup is a bacon enhancing vehicle.

Forget crumbling it over the top.

Use it as a spoon!

And now for the YEAR SUPPLY OF BACON…

All you need to do to enter is tell me:

I have written out some extensive rules.   By entering the giveaway below you are agreeing to the Official Rules.

The contest will end on Monday, October 24 at midnight CST.   The winner will be randomly chosen and notified by email.

More fine print:   This giveaway was made possible by Oscar Mayer. I was not compensated for this review other than the prize package shown. All opinions are 100% mine.

Previous Post: « Juice in the City- $20 for $40 at Ski Frisco Sports & More
Next Post: Moonlight, Magic and Martinis at Sci-Tech Discovery Center »