Disney World is the happiest place on earth, but eve more so for this husband. While he and his wife were visiting, she decided to tell him some amazing news she’d been keeping secret: she’s pregnant. Telling someone you’re pregnant is a big deal all on its own, but this mama-to-be decided she wanted to tell him at his favorite place in Disney: the Star Wars area. You can see on his face from the beginning of the video that this guy is already in heaven. As soon as Darth Vader comes out onto the stage, the dad-to-be is just over the moon excited. And when he’s told that they like to make things exciting for special fans? He looks like he might faint from excitement. But when she finally hands him the bag? You just have to see. Take a look!

Seriously, I really did think he might faint after he looked in the bag. He started shaking and bending over and truly looked like he was going to lose it. Definitely something he won’t be forgetting ever. And what an amazing story to tell the kiddo in the future: Darth Vader was there when I told your dad I was pregnant.

This Grandma Dancing To ‘Ice, Ice, Baby’ In The Kitchen Is The BEST THING EVER!

Dad And Baby Do Michael Jackson Dance While Mom’s Away 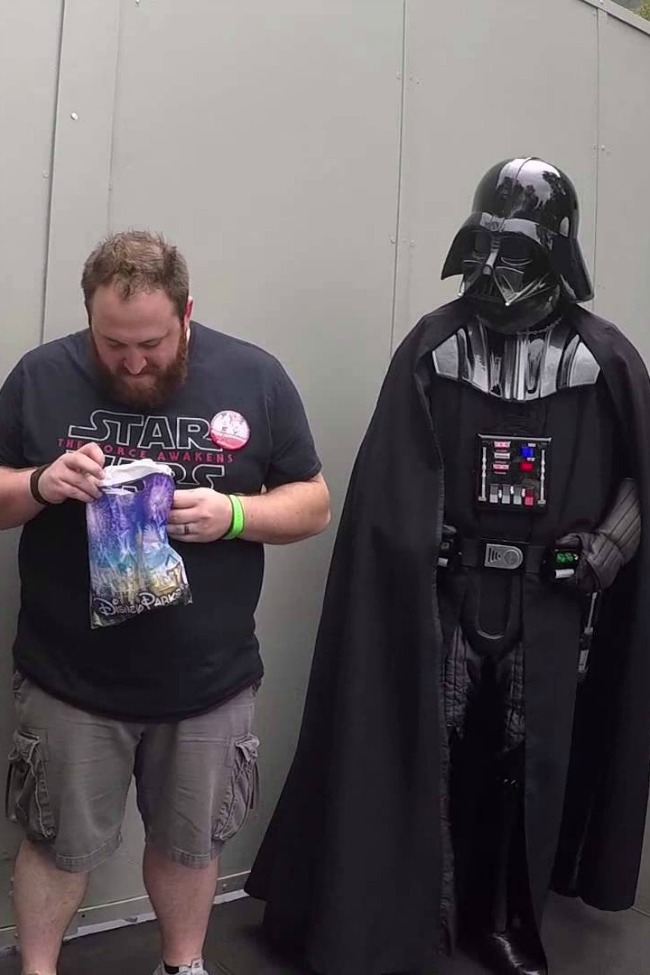